Cochrane was already a fan of Halkett, having been dazzled by his displays for Livingston last term as the Lions comfortably secured Premiership survival.

That admiration has only been heightened after a few weeks spent training and playing alongside the former Rangers youngster. Cochrane has even been treated to incessant replays of Halkett’s 40-yard screamer against St Johnstone in May. 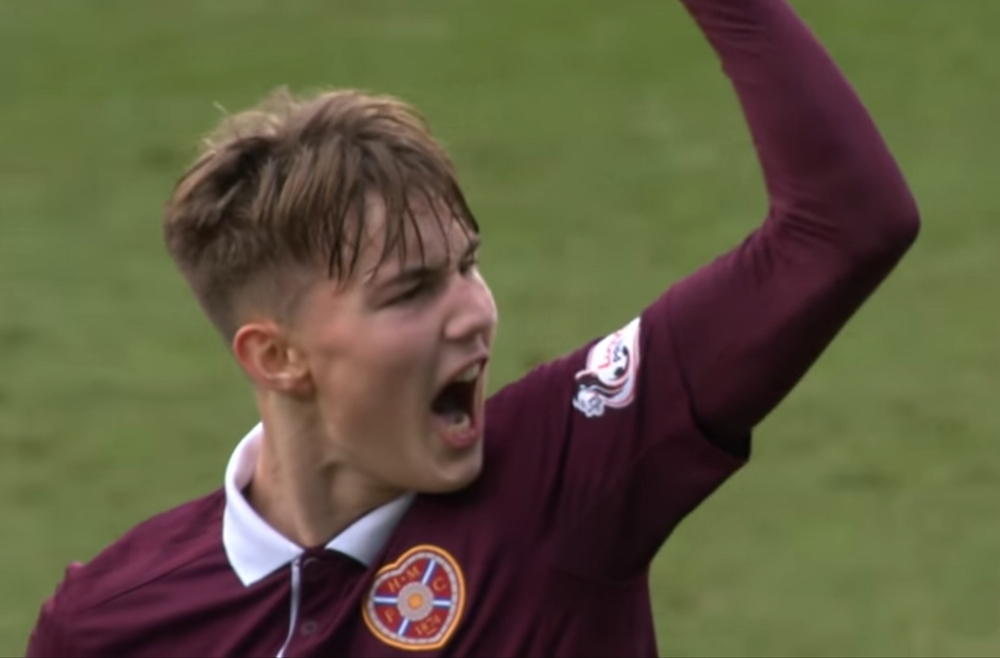 And he revealed Halkett has wasted no time in illustrating the combative streak and brass neck which made him such a laudable Livi captain at the tender age of 21.

Cochrane said: “Halks is a quality player. I know that because keeps showing me his goal from last year [against St Johnstone]!

“On his first day training with us, he jumped up for a header and went right through the back of Macca [Steven MacLean]. He just smashed him. I don’t think Macca was too happy but I quite like that. It’s what you want. He’s a great big defender, very solid.

“When I heard we were getting him, I said it was a great signing for us. Everyone saw how good he was last season. Hopefully he kicks on and has a really good year.”

Cochrane has swiftly become firm friends with Halkett – after the big defender demanded to share a car to training.

The pair are both based in the west of Scotland and the diminutive midfielder was never going to argue with the towering stopper.

And Cochrane reckons the summer signing is lapping up his chat during the morning commute.

The precocious playmaker continued: “Me and Jamie [Brandon] were in the car school before. Halks didn’t really give me a choice when he arrived. He just said to me, ‘we’ll go in together tomorrow’.

“He is throwing his weight around already and I’m not going to stop him – his calves are the same size as my quads!

“I think he loves me. Some of the things I say are a bit dodgy but he’s been there before.”

While Halkett’s progress has been meteoric in the last three years, Cochrane is seeking to bounce back from a campaign which – through little fault of his own – was something of a write-off.

His pre-season preparations were interrupted last year by an ankle strain and he went on to suffer five separate injuries during an incredibly frustrating year, making just eight senior appearances for the Jambos last term as a consequence.

It has left him hungry to make up for lost time and recapture the form that lit up the SPFL when he broke onto the scene in 2017 at the age of 16.

Cochrane recalled: “I was getting told I’m still young and had time but that wasn’t really in my head last season. I just wanted to play games – young or not.

” I feel that, if I’m going to develop as best I can as a player, I need to be playing first-team games.

“I want to get my head down and work and impress the gaffer.”

The opportunity is certainly there, given Arnaud Djoum has departed for Saudi Arabia, Olly Lee has been told he is free to leave the club and Peter Haring continues to have fitness issues.

He continued: “That’s what happened in my first season. I was playing a lot of games as we were low on midfielders. Arnaud Djoum and Prince Buaben were out injured and that’s how I got my chance in the team and I did well. I’m just trying to replicate that season.”

As well as getting more minute’s under his belt, Cochrane is out to hit to goal trail with more regularity – drawing inspiration from one of Scottish football’s hottest prospects.

He adds: “I’m looking at David Turnbull and thinking: ‘I need to score more goals.’ I need to get myself in positions to score more often and if I get five goals, I’ll be happy.”