Upcoming pup-tials: Dogs to tie the knot at Edinburgh hotel

TWO dogs will tie the knot at an Edinburgh hotel in a furry-tail ceremony later this month.

Dachshunds Nova and Ottis, who won a social media competition to be models at a Wedding Showcase event, will tie the knot at the SKYbar at DoubleTree by Hilton Edinburgh City Centre.

The winning couple have been given the full wedding treatment ahead of their special day on 23rd February and have been assisted by hotel staff to plan the event. 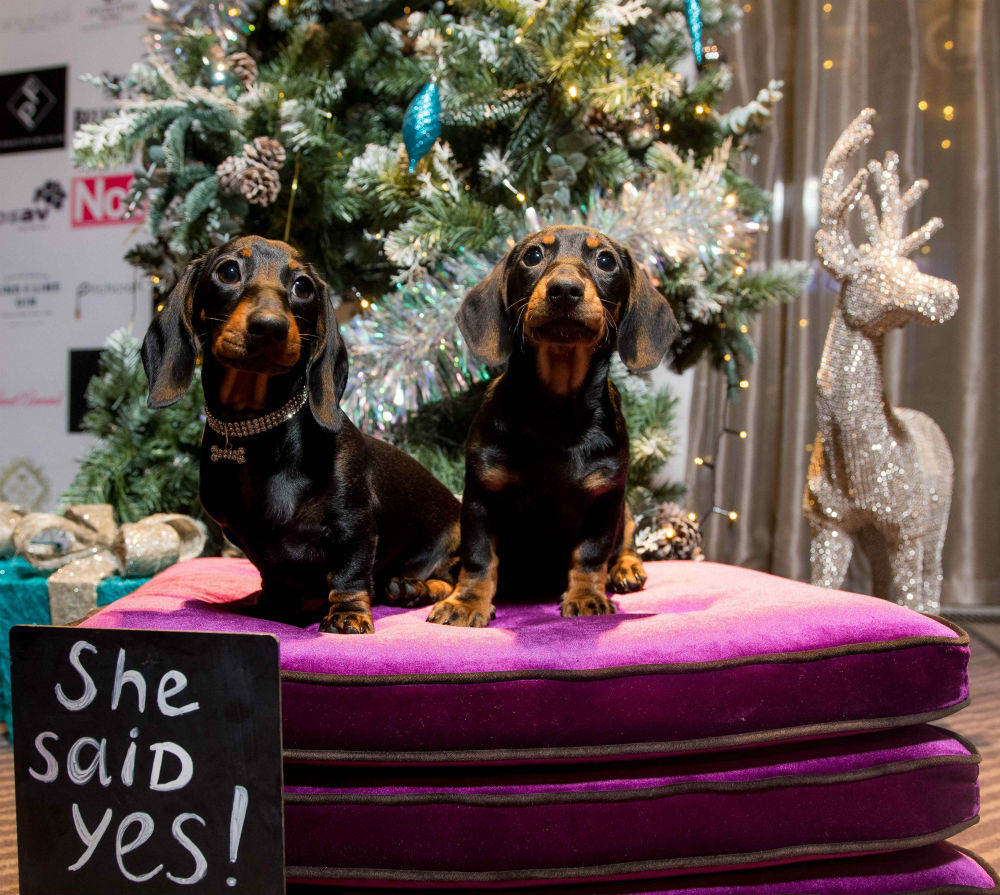 Both pups enjoyed a specially catered dog-friendly afternoon tea menu tasting and finalised details during a meeting with Euan, the hotel wedding planner.

Nova and Ottis are due to celebrate their love at SKYbar against the picturesque backdrop of Edinburgh Castle later this month.

Many newly engaged couples will be witnesses as they tour the hotel and SKYbar as a prospective venue for their own special day.

Marcello Ventisei, General Manager of DoubleTree by Hilton Edinburgh City Centre, said: “Our Wedding Showcase event is a great way for couples and families to view the venue in various setups and discuss plans with our experienced team.

“We’ve loved this journey with Nova and Ottis and we can’t wait to see the response from our guests attending the event later this month.”