HILARIOUS video shows how one shopper decided to dress up as a T-Rex in order to combat the panic buying at his local Tesco.

After losing his wife, Aoife, three weeks ago, Thady McCarthy decided to don the dinosaur costume at various events in order to bring fun and happiness into other people’s lives.

So the carpenter visited his Tesco in Gorey, County Wexford, to bring a smile to the faces of shoppers feeling the strain of the coronavirus crisis.

His antics were captured on video by 23-year-old Danielle Byrne yesterday afternoon and subsequently uploaded onto her Facebook page.

In the video, Thady can be seen leaving the Tesco.

Danielle and her sister, 25-year-old Chelsea Byrne, can be heard laughing as they notice Thady walking towards the exit.

They let Thady cross the road in front of them and he starts to walk slightly faster, pushing his trolley as he does so.

The two women break down in hysterical laughter, the two cannot believe what they are seeing.

Another picture posted on Facebook shows Thady queuing at Tesco in his full dinosaur outfit.

The video of him has been well received on social media, users have made it known how funny they find the clip. 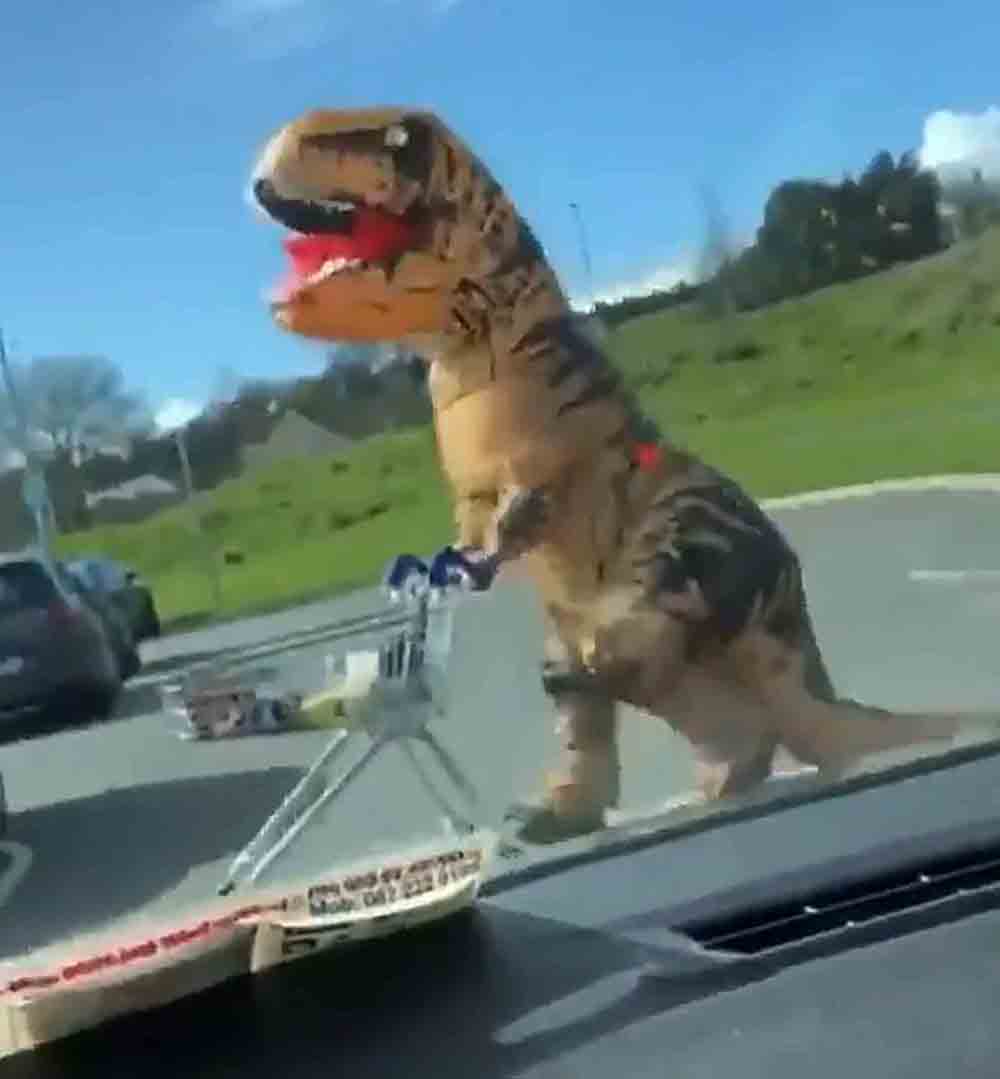 Zena Archer said: “What a legend.”

Edwina Bradley commented: “Won’t get the corona wearing this.”

Sinead McCarthy posted: “The people in Gorey ain’t getting the coronavirus.”

Speaking today, Thady said: “People are under pressure, people are worried. I did this just to see people smile, it made people smile. If you can be anything in this world. Be kind.”