WHISKY distilleries are said to be making strides towards a greener future as a further four of famous distilleries have been awarded the UK’s highest eco-tourism award.

Only eight distilleries have the prestigious accreditation in Scotland as Lagavulin, Blair Athol, Oban and Clynelish joining the list.

Diageo, who own these distilleries also own sister distilleries Glenkinchie and Royal Lochagar who are also on the list of top Green Tourism accreditation.

Zero waste to landfill, biodiversity enhancement, energy efficiency, local sourcing, community engagement and plastic reduction were among the achievements praised by the assessors across the whisky attractions.

Oban Distillery has been  praised as key to helping raise the standards for sustainable practice across the drinks industry.

The distillery switched to biofuels in 2018, reducing its carbon footprint by 98%, and last year introduced a new water reduction initiative, allowing the site to save approximately 80,000 litres of water a week.

The distillery is also said to be working with the world’s leading Scotch whisky, Johnnie Walker, to plant 189,000 trees in Ballygowan, across 85.5 hectares.

The distillery is aiming to restore woodland and promote wildlife diversity in Argyll, as part of Johnnie Walker’s commitment to plant a million trees across Scotland by 2025.

On Islay, Lagavulin has led the preservation of peatlands through a partnership with RSPB that is working to restore and conserve almost 700 acres of peat bog on the island.

Barbara Smith, Managing Director of Diageo’s Scotland Brand Homes, said: “To receive the Gold Green Tourism award for not just one, but six of our Scottish whisky brand homes and distilleries in just under six months is an incredible achievement.

“These awards are credit to the people at our distilleries and all the work they’ve done to build the environmental sustainability of our business.

“This is just the start of our journey and we will be going for gold accreditations at our other distillery brand homes and will continue to raise the bar for sustainable whisky tourism.”

Clynelish Distillery in Brora, was recognised for its efforts to encourage sustainable travel, with the installation of cycle racks and planned electric vehicle charging points.

Perthshire’s Blair Athol distillery was praised for its dedication to recycling across the business, including the recycling of its pot ale syrup for animal feed, which saves 850 tanker movements and 15,000 litres of water annually.

Adding to its eco-friendly credentials, the distillery was also commended for using old pallets and discarded materials to create wildlife boxes to improve biodiversity for native birds and insects.

Andrea Nicholas, Chief Executive at Green Tourism, said: “The investment and support from Diageo in incorporating green technology and operations has been impressive and one of the best examples of corporate commitment that we have ever seen.

“This along with the dedication, hard work and creativity of the on-site teams at all of these distilleries has been crucial to achieving their well-deserved Gold Awards.” 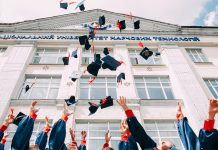 Research shows worrying impact Covid-19 has had on students 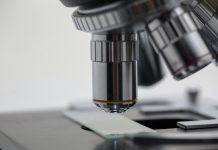 New research findings may lead to new treatments for Parkinson’s