A SCOTCH whisky firm has been cleared after a complaint that an “irresponsible” TV ad encouraged excessive drinking.

The advert for Johnnie Walker Black Label Whisky allegedly showed a large amount of neat alcohol in a glass which a woman drank from at length.

But the Advertising Standards Authority dismissed the complaint against Diageo because the tumbler contained only a double measure – and little of that was consumed.

The advert was seen on November 25 last year and showed a bottle of the scotch and a tumbler just over halfway full with what appeared to be whisky, ice and an orange peel.

A hand grabbed the tumbler and the next scene showed a close-up of a woman taking a long, slow sip from it.

On-screen text stated “Every sip a story”, while a voiceover stated: “Its taste that makes an entrance, makes ice wish it lasted longer.”

Diageo Great Britain Ltd told the ASA that the drink shown in the ad was a 50 ml serving, which was a standard alcohol measure not generally considered to be an excessive quantity to consume in one evening.

The whisky was served on the rocks over five large ice cubes with an orange peel garnish in the tumbler.

The size of the ice cubes and orange peel garnish displaced the liquid and elevated it to just over the halfway point.

Diageo said the whisky was served in a lowball tumbler glass and its size was relative to the woman’s hand which made it clear to viewers that it was a short glass with a small capacity.

Johnnie Walker said that the woman was shown to slowly savour the taste of one sip of the drink and did not appear to be intoxicated or to consume alcohol rapidly in an irresponsible manner.

In deciding the complaint was not upheld, the ASA noted that the tumbler in the ad was thick-rimmed with a solid base and just over halfway full with whisky, several large ice cubes and a piece of orange garnish.

“Because of their design and shape, we understood that it was not uncommon for whisky tumblers to reach over halfway full if they contained a large amount of ice,” said the ASA.

They added that they recognised that some viewers might consider that the long, slow sip inter-cut with other scenes implied that she had been drinking from the glass for a period of time.

But “the glass still appeared to be just over halfway full after it was placed on the table and there was no further suggestion in the ad that she was drinking the whisky too quickly, for example, or that more than one drink was being consumed”.

The ASA concluded: “The ad did not imply, condone, or encourage irresponsible or immoderate drinking and had not breached the Code.” 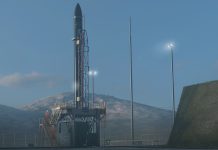 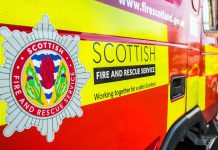