A DEPOP jewellery designer has been slated for creating earrings out of used beer bottle tops.

The online seller, known as Poppy Jane, was listing the upcycled pieces for up to £4.50 each – despite them being covered in dents and scratches.

The seller from Bristol has been listing a variety of bottle top earrings including Corona, Stella Artois, BrewDog and Kronenbourg.

Images show the used bottle caps featuring dents from where they have been bent away from their glass bottles. 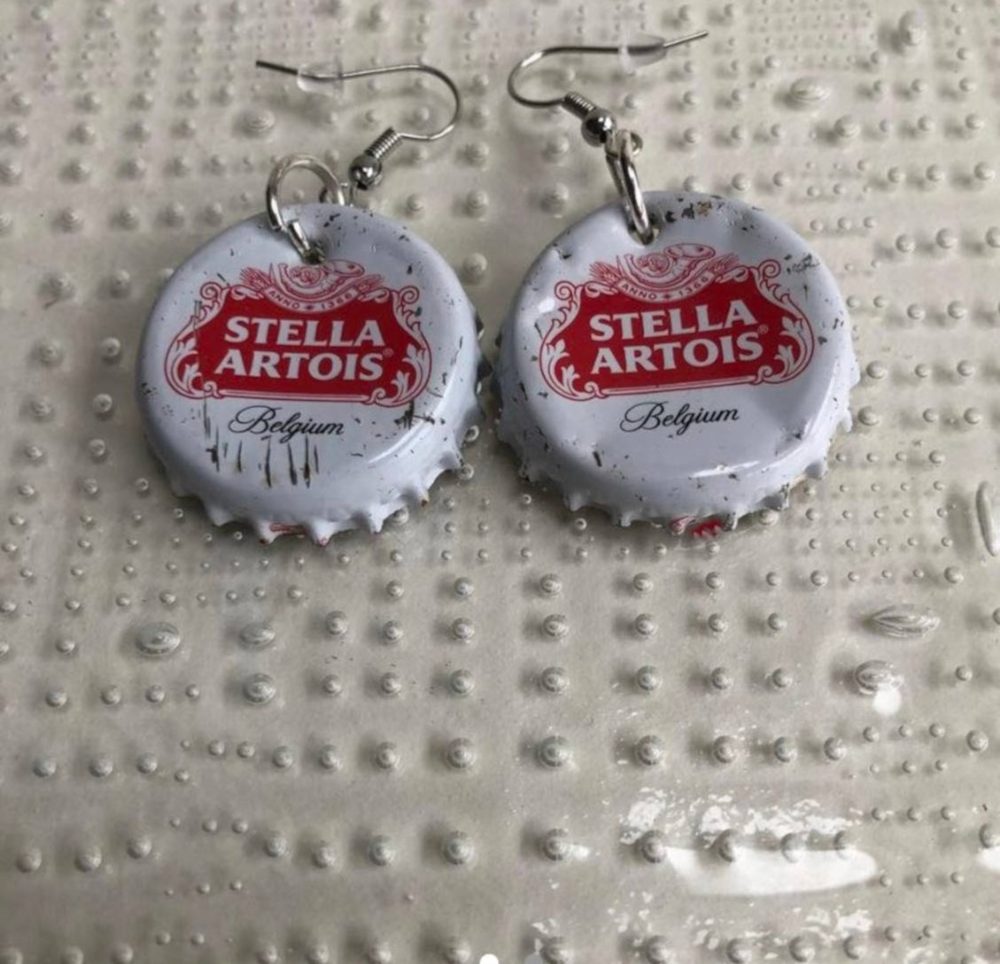 Scratches are also visible on the dangling earrings – which the seller claims were due to them being washed.

Images of the bizarre creations have been circulating across Twitter since Saturday after one user shared a photo of an upcycled Birra Moretti earrings, captioned: “Have a day off”.

The post was liked over 17,000 times and had hundreds of comments from people roasting the Depop seller.

@Trumpfragile “I have some fresh air in a can for anyone who’s interested in those erm … earrings.”

@22ScottM “This has to be the most Bristol thing I’ve ever seen.” 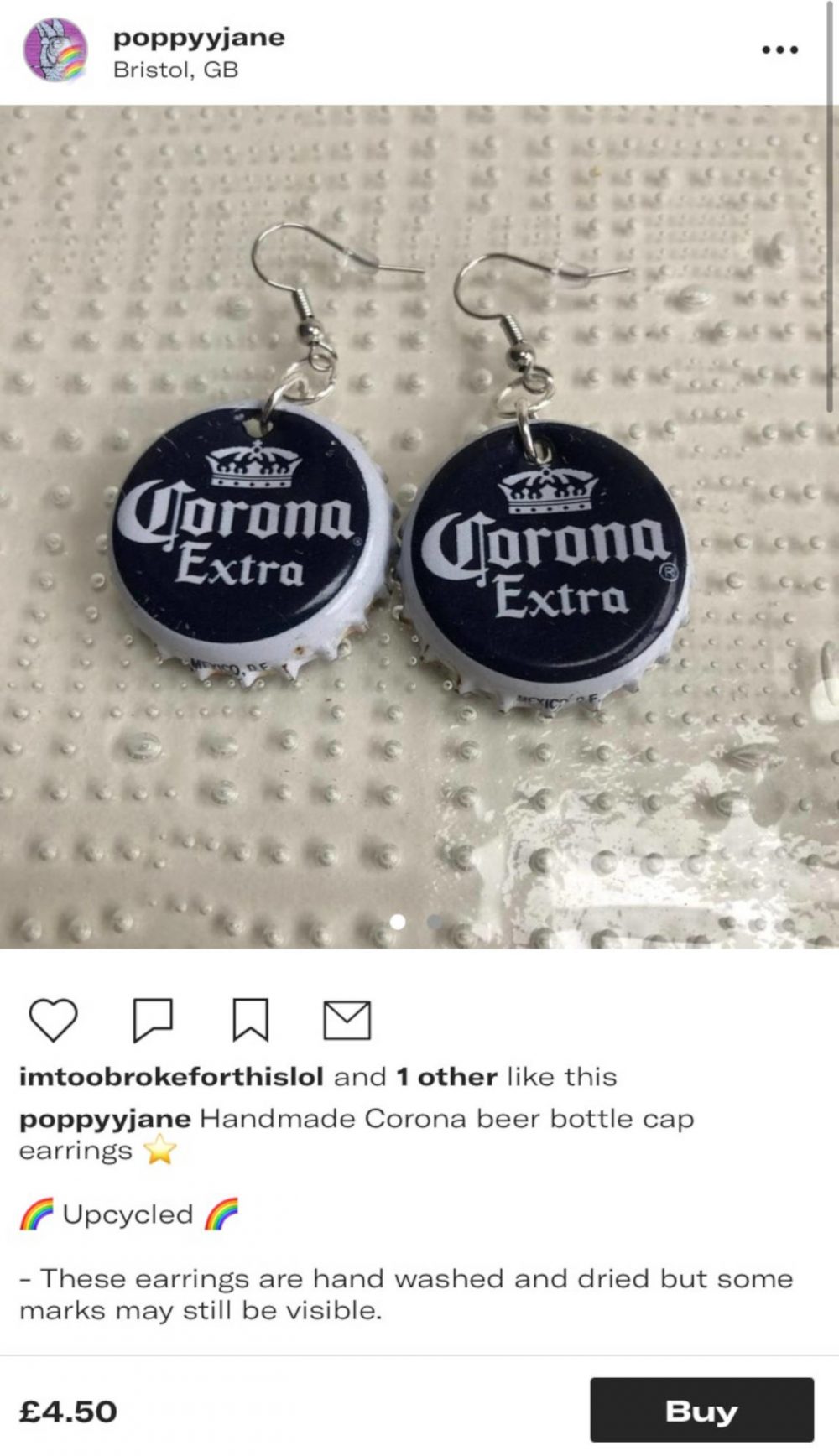 “Deserves all the ridicule it gets.”

@cahillers11 said, “These would’ve been perfect for Valentines. Pity I didn’t see these a week ago.”

@Layer_97 said: “I could have made thousands of them bad boys when neck nominations were in full flow.” 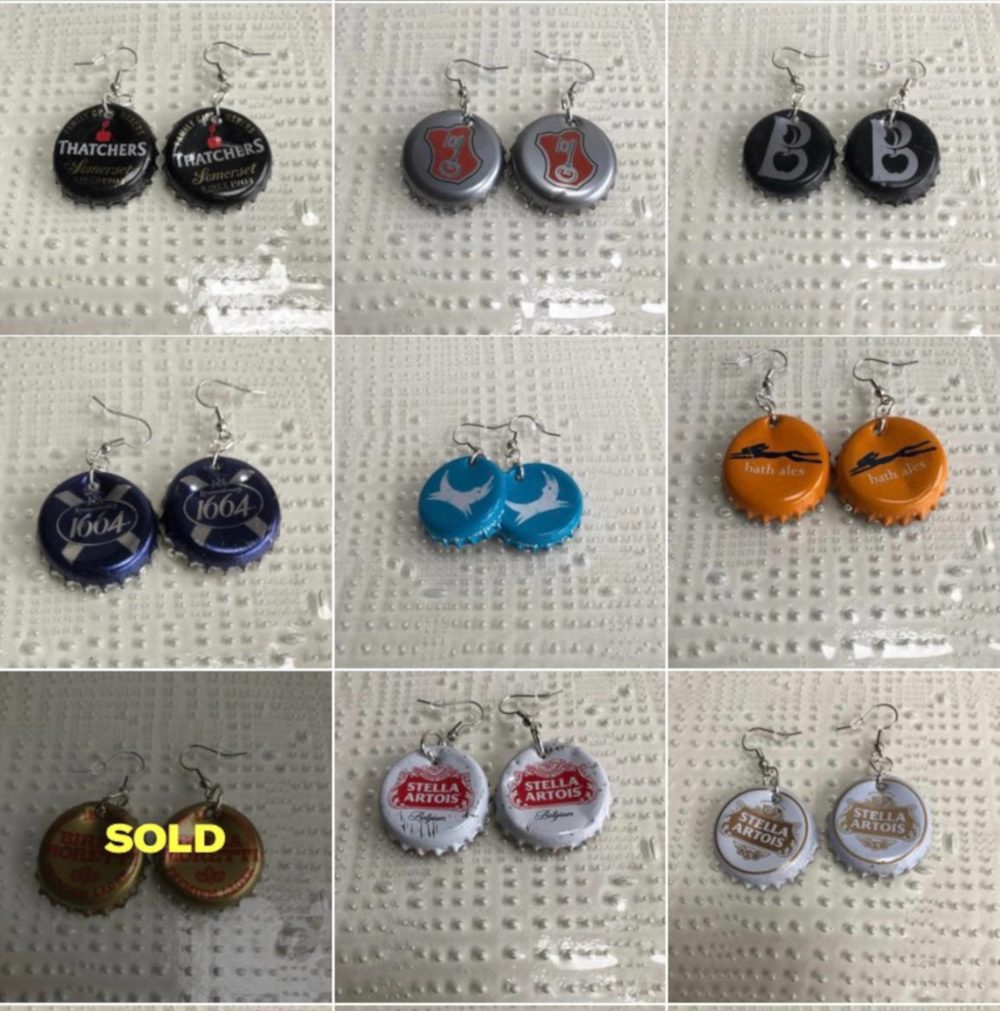 The Depop seller wrote underneath a pair of Stella Artois earrings that were covered in scratches: “These earrings are hand washed and dried but some marks may still be visible.”

Not surprisingly, it only appears that the seller managed to sell one pair of her beer top earrings.

Following the backlash, the seller has removed her entire page.