A FUNDRAISER has been set up to “buy” Labour leader Keir Starmer “a spine”.

The tongue-in-cheek Crowdfunder page was set up yesterday by someone known as Huw Evans from Aberarth in Wales.

The fundraiser reads: “In these difficult times it is more important than ever to stand up to the Tories and hold them to account.

“Poor Keir is the leader of the opposition and seems unable to do so. 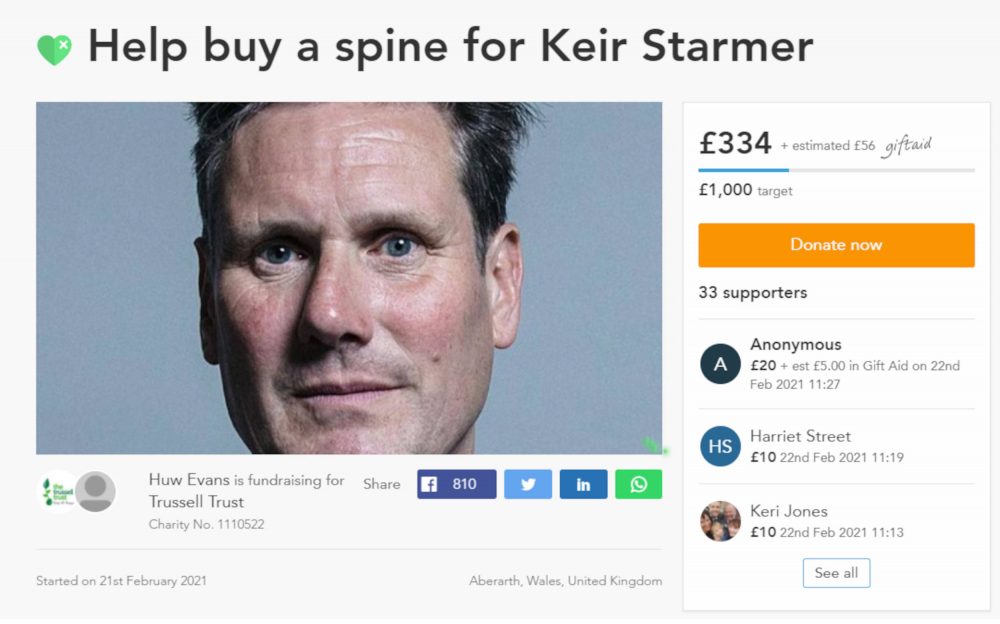 “We all take our spines for granted – spare a thought for those who seem to be without – and give whatever you can spare for this worthy cause.”

The page follows from Starmer’s comments on Sky News when he was asked if he thinks Matt Hancock should resign.

He replied after hesitating, “I don’t want to call for him to resign. 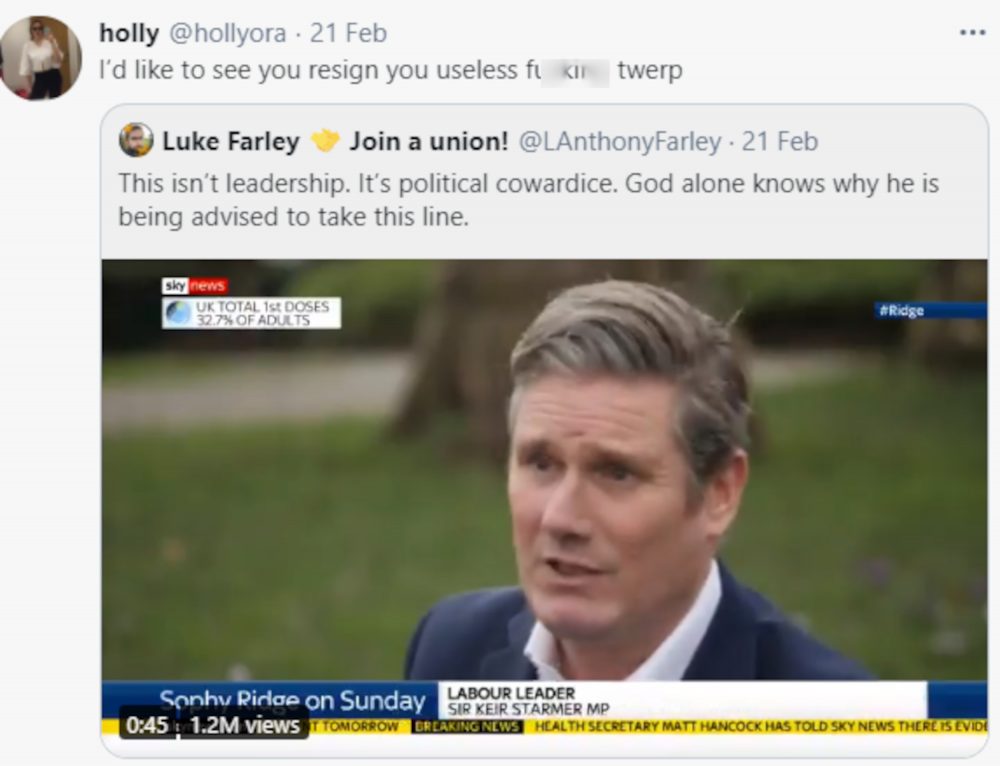 “I think that is a real cause for concern. But at the moment, in this stage of the pandemic, I want all government ministers to be working hard to get us through this.”

The page has so far raised £334 of its £1000 target so far and been shared in hundreds of tweets.

James G commented: “We could do a wizard of Oz type special. We need to add into the job lot a brain for Michael Gove and a heart for BoJo.”

Luke Farley said, ” This isn’t leadership. It’s political cowardice. God alone knows why he is being advised to take this line.”

It was revealed this week that Health Secretary Matt Hancock acted unlawfully over pandemic contracts handing one out to his ex-neighbour with no experience in healthcare.

The small print on the Crowdfunding page states that all money will be donated to the Trussell Trust – a food bank organisation that works across the UK.

Mackie’s goes primetime with Inside The Factory set to air