The Edinburgh-based business led 11 investments totalling £23.7m – a 44% increase on the £16.3m raised the previous year.

They included a £1m-plus initial investment in BioCaptiva, which is developing a revolutionary medical device that will transform liquid biopsy testing and enhance cancer detection.

David Ovens, joint managing director at Archangels, said: “Our 2021 investment performance demonstrates our ongoing commitment to investing in promising Scottish businesses that are at the leading edge of innovation in their field.

“Scotland’s tech and life sciences markets are as vibrant as they have ever been and there’s no shortage of great ideas coming from Scottish inventors, change-makers and innovators.”

Highlights for 2021 for Archangels and its portfolio companies included: 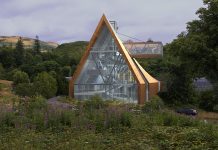