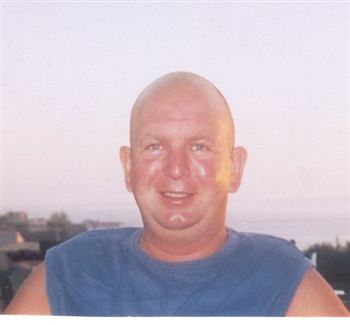 A FISHING boat that sank off the coast of Fife on Saturday morning did not have any life jackets on board, it has been revealed.

The amazing revelation came as survivor Mike Mosley paid tribute to his “great friend” and angling partner Jack Livingstone, 51, who perished in the icy sea off the coast of Methil, Fife.

Mr Mosley also revealed the thought of never seeing his wife and daughter again pushed him on as he battled against the freezing conditions for three hours.

The two men left Methil harbour early on Saturday morning in an 18ft open boat, but failed to return after their vessel sank during stormy conditions.

Mr Mosley took three hours to swim to shore to raise the alarm, but only after saving Mr Livingstone by helping him cling to a nearby buoy.

In a statement Mr Mosley described being “devastated” by the loss of his friend.

He said: “After about an hour and a half (of fishing) I noticed the only other boat fishing was heading in and suggested that we do the same, the sea had got a little rougher by this time but did not cause any concern as we had been out in worse.

“While we were heading inland the boat had started to take in water but I was able to manually pump this out.  Without warning a large wave hit the stern of the boat and Jack headed towards me to help me bail out.

“As he did so the combined weight of us both caused the stern to submerge and within a matter of seconds the whole of the boat was submerged.

“I helped Jack to reach a creel buoy and told him to keep hold of that while I swam for help.  I swam for about 200 yards when the sea became worse and it started to rain, I was finding conditions difficult and also got hold of a creel buoy.

“After around 45 minutes I managed to detach the buoy from the rope, I then used this to keep myself a float.  I headed for shore all the time thinking I had to make it for my wife and daughter and to get help for Jack.

“I eventually reached shore after being in the water for approximately three hours and I was then able to summon help.

“I am absolutely devastated at the loss of Jack who was a great friend to me.  One of my biggest regrets is that we didn’t have life jackets and I just hope that other people will learn from this tragic accident the importance of safety equipment.”

The two friends got into difficulty at around 9.30am and the boat, believed to have been purchased recently, sank half a mile from Leven Power Station.

Fred Caygill, from the Maritime and Coastguard Agency, said: “Anybody taking to sea in a craft whether it be a dinghy or jet-ski to an 18ft boat should have the appropriate life-saving equipment.

“This tragic accident serves to highlight the necessity to carry suitable equipment, such as lifejackets or flares on board your vessel, no matter how experienced, how calm the conditions might be and how far you might travel.”

David Smith, Fishing Safety Manager for the RNLI in Scotland added: “Our thoughts go out to the family and friends at this very difficult time. It would be impossible to state whether a lifejacket would have affected the outcome in this particular case due to timescales and weather conditions.

“The RNLI actively encourages the constant use of buoyancy aids or lifejackets to all sea users. Although there is never a guarantee of survival at sea due to the relatively cold waters around the UK, lifejackets do provide the ability to stay afloat using minimal effort, therefore allowing the user to preserve energy which is vital.”

Lucky to be alive fisherman tells of rescue