THE SCOTTISH government has been accused of “stealing” annual events to add to their Homecoming 2009 programme.

It has been revealed that sixty per cent of the events planned during Homecoming are annual events that would be happening anyway. 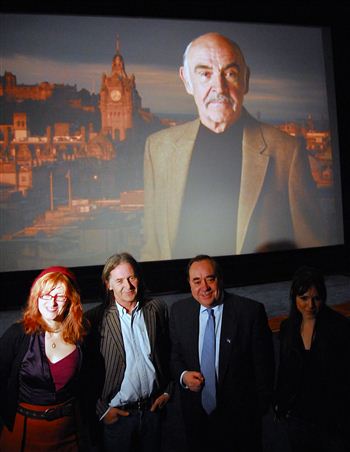 Labour, who originally came up with the idea for Homecoming when they were in power, have said that with a low budget it was impossible for new events to be organised.

And VisitScotland have been left with little choice but to re-brand existing events instead of creating a major showcase occasion.

The government has also been accused of taking successful annual local events and adding them to the expected £40 million tourism pot.

A Perth and Kinross councillor raised the issue during a committee meeting about their Homecoming plans.

Conservative Councillor Alan Jack said: “It is perhaps possible to be a little cynical about all of this. Is it the case that the Scottish Government are trying to hijack things a bit?

“Most of the events mentioned here have been held in Perth and Kinross very successfully for many years, regardless of Homecoming.”

The area is home to one of the most successful golf tournaments in Scotland, the Johnnie Walker Championship, held every year at Gleneagles.

Since it started in 1998, tens of thousands of people have flocked to watch some of golf’s finest players battle it out.

Politicians are now worried that it is too late to salvage what is left of Homecoming unless more money is spent on promoting the events.

Lewis Macdonald, Labour’s tourism spokesman, is worried about the way the SNP are organising and promoting the year of events.

He said: “More money needs to be put aside to promote Homecoming 2009. If we don’t start advertising in places like North America, it is going to become a very internal event.

“At this stage more marketing is all we can do. It would have been best to have a showcase event like a music festival or large cultural event, but it’s too late for that now.

“There has been much in the press about VisitScotland asking for a further £500,000 for marketing last July. If they had got it then they would’ve had enough money to organise a big event.

“Unfortunately, ministers didn’t approve the extra funding until December, when it was too late.”

The Johnnie Walker Championship isn’t the only well-established event to be re-branded with the Homecoming 2009 moniker.

The Magners Comedy Festival in Glasgow is also victim to such marketing, with much talk about the Homecoming theme at their launch event.

A spokeswoman said: “This year’s Festival is also proud to be part of Homecoming Scotland 2009, celebrating the 250th anniversary of Robert Burns’ birth by welcoming back some of Scotland’s finest comedy talent, including Arnold Brown and Jerry Sadowitz, as well as showcasing a handpicked cast of New York stand ups, all with Scottish family ties.”