AN idyllic country retreat that once belonged to  “the best Prime Minister Britain never had”  has gone on the  market for offers over £625,000.

Conservative politician Richard Austen “Rab” Butler served as Deputy Prime Minister for a year in 1962, and also held posts as Education Secretary, Chancellor of the Exchequer and Foreign Secretary.

Baron Butler of Saffron Walden bought the stunning property in Tobermory, Isle of Mulll in 1961 and holidayed there until his death in 1982.

The ten bedroom property is now on the market with sellers Galbraith, who describe the home as a “magical paradise”.

The spacious B listed building is set in ten acres of land with stunning views of Calgary Bay and the Small Isle of Eigg, Muck, Rhum and Canna.

The property, which dates back to the 1600s, was visited by the politician at least three times a year during his ownership.

The sun room included in the sale affords a picturesque view across the garden and over to the rolling hills of Mull.

While the modern kitchen has a lot of space for the traditional aga cooker and dining area.

Butler was dubbed “the best Prime Minister we never had” after he found out that Harold Macmillan was to be asked by the queen to form a government, despite the expectation he would replace Anthony Eden.

Throughout his career, he stood in for the Prime Minister and was seen as a modern, more liberal Conservative.

The legislation revolutionised education, creating colleges, new schools and curriculum innovations, especially in the arts and among youth career services.

A reference to the holiday home in a memoir by the Baron’s wife, Mollie, reveals how special the place was to them.

The extract, published in 1987, reads: “Rab and I spent twenty summers there and very often went up in winter and at Easter, in fact so much did he love it that my occasional suggestion of a holiday in France or Italy generally went unheeded.

“It is difficult to convey in words the magic of that place; its hold upon our hearts was absolute.”

Nicky Archibald of Galbraith, who is handling the sale, said: “This is a superb island home, benefiting from a very picturesque and tranquil setting, surrounded by delightful grounds with a walled garden and woodland.

“The house itself combines traditional features with superb contemporary interior design, which will appeal to a wide range of purchasers.” 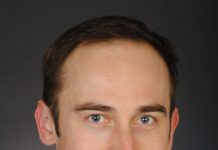