SCOTS singer Sandi Thom refuses to be the SNP’s mascot – despite appearing in the advert for Homecoming 2009 and being a favourite of Alex Salmond.

The sexy singer, who lives in England, says that she has known the First Minister for years, but that doesn’t mean she is part of his fight for independence. 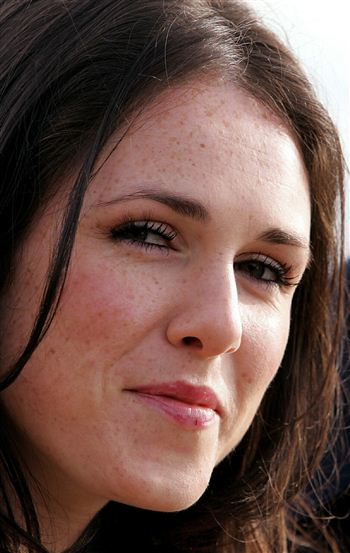 She said: “I have never got up and stated that I support the SNP. I have always said that the people of Scotland should decide Scotland’s future.”

Salmond certainly likes the singer, even sending her album, The Pink and the Lily, to Sean Connery.

And as part of her upcoming tour, Thom will be joined on stage by the star struck SNP leader to sing Caledonia together.

But the Banffshire born singer is keen to play down their relationship.

She said: “I’ve known him for years. He’s the MP for Banff and Buchan and I was born there.

“My granny and aunt still live there and they love Alex so having him on stage at the gig in Banff is kind of a gift to them.”

The gigs in her new tour will be in smaller, more remote venues, and have joined the Homecoming programme.

But the songstress revealed that she had always planned a tour like this, and Homecoming gave her the perfect excuse.

She said: “This tour is something I have taken on myself. I have always wanted to come back to Scotland and play a series of gigs in places other than Edinburgh and Glasgow.

“After I was asked to do the advert for Homecoming it became the catalyst to say, let’s get these gigs on. It’s about my own personal homecoming really.”

It is clear though that Thom isn’t one for politics. Although she says she has an interest in what’s going on in the world, she is reluctant to become political about things.

She explained: “If at some point, in a vote, they choose independence then that’s great, if that is what people want. I want to see Scotland do well, but I don’t live here. I live in England.

“I’m not a politician and I don’t intend to be one. I don’t see myself in that way. I love this country and I believe in the idea of individuality, having your own identity and culture.

“The idea of and independent Scotland appeals to me but I’m just as interested in what’s going on in England.”

And Salmond seems to understand this, despite using Thom as one of his main figureheads for the patriotic Homecoming celebrations.

Thom said: “I think Alex is really appreciative of the fact that I believe in Scotland’s chances of independence but he knows I am not inclined to be political.

“I am not going to get up on my soapbox for any party. My entire life revolves around music.”