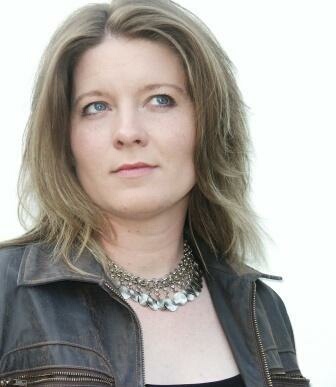 By Cara Sulieman
SCOTLAND has a new famous resident in the shape of a member of American rock royalty.

Mary-Jean Lewis – niece of Jerry Lee Lewis – has been living in the country for fourteen months after meeting and falling in love with a dashing Scotsman.

But the streets of North Lanarkshire are a far cry from the glamourous life of Mary-Jean’s famous uncle.

‘Uncle Jerry’, as Mary-Jean calls him, has been a great influence to the singer, and she often performs his songs in her gigs.

Carrying on the family tradition, the 36-year-old plays in her own band, the MJ Lewis Project with gigs lined up across the country.

And the musician realises how lucky she is to have grown up around her uncle and his famous friends.

She said: “When I was younger, I spent a lot of time at my uncle’s house and it was pretty normal to see people like Johnny Cash, Roy Orbison and Carl Perkins hanging out.

“Uncle Jerry was also really friendly with Elvis, having known him since before they both were famous. They lived near one another and were close right up until Elvis’ death.

“It wasn’t until I became an adult that I thought how lucky I was to be around all these talented people growing up.”

Originally from Louisiana, the singer now lives with her partner and two children in Wishaw, but Mary-Jean didn’t find the move too much of a shock.

She said: “I grew up in a small town in Louisiana and I have found the people in Wishaw and Scotland to be very friendly and warm, just like where I’m from.

“I even like the weather – including the snow – I think the cold makes you feel alive rather than constantly hot and tired, like you get back home in America.”

Explaining what brought the neice of a rock and roll legend to the small town of Wishaw, Mary-Jean explains that she fell in love.

She said: “Basically, I met a boy from here.

“I was living and performing in England for around three years and met my boyfriend Gary at a gig in Blackpool.

“Our relationship developed and I moved to Wishaw 14 months ago.”

With her new musical advernture underway in Scotland, Mary-Jean is pleased to have found a great band to play with.

She said: “The guys I have in the band are brilliant, the best musicians I have ever worked with.

“We incorporate gospel and country tunes and include my take on Uncle Jerry’s songs.”

And they have a lot to live up to as the singer frequently performs with her mother, Linda Gail Lewis.

Linda also followed in her brother’s footsteps and performed with Van Morrison, amongst others.

The MJ Project are playing in both Glasgow and Edinburgh later in the month, and hope to have more lined up throughout the rest of the year.