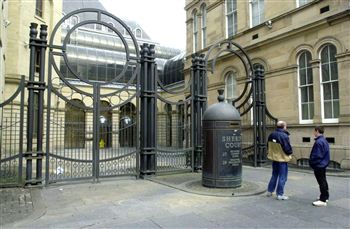 A TEENAGER pocketed over £8,000 in just three months by selling non-existent luxury holidays on eBay.

Hudson was just 19 years old when he started his scam and managed to con £8,129 out of holiday makers before his negative feedback alerted people.

He was tracked down after giving his “customers” his email and bank details so they could pay him.

At Edinburgh Sheriff Court he admitted 14 charges of fraud.

The court heard how Hudson, now 25, worked from an internet café in Edinburgh’s Leith Walk and made the hefty sum during 2003 and 2004.

But he was convicted of similar offences in Leeds Magistrate Court and his lawyer, Duncan Hughes, said Hudson got in touch because he wanted to resolve all his matters before his release date later this year.

He was brought to Scotland and pleaded guilty at the first opportunity.

Mr Hughes added that Hudson had started the scam because he was short of money and that £4,000 of his ill-gotten gains had been frozen.

He continues to be held at HMP Saughton over the Leeds Magistrate Court conviction.