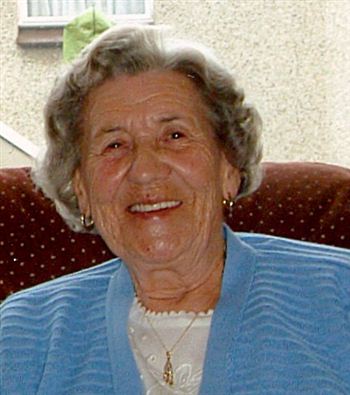 COPS are launching a TV appeal in their hunt for a missing Scots pensioner Mary Ferns.

The frail OAP disappeared in June last year after leaving her Livingston home to visit a nearby shopping centre.

She was then caught on CCTV walking along Princes Street in Edinburgh around two hours later – but has not been sighted since.

Now baffled police are turning to the BBC’s Missing Live programme which will air a fresh appeal next Monday (March 16) by  eaturing a report on the missing 88 year-old.

Missing Live is an annual four-week show which focuses on unusual disappearances throughout the UK.

Step-daughter Ann Foster, 44, said: “The family are all really glad that this appeal is being aired. You never know, someone from England might have been up in Edinburgh that day and if they see the programme it might jog their memory.

“Of course we are hoping she will still turn up alive, but we have to be realistic about it.

“She is an elderly 88-year-old woman who left home without a change of clothes and without her diabetes medication, which she would definitely need.

“It’s the uncertainty which is the worst. In a way it would be better for all of us if we knew what had happened to her.

“My dad Bill is coping as well as can be expected, but when someone walks into his home he still has that look on his face expecting to see May standing in front of him.

“It really is heartbreaking. There’s not a day goes by where he isn’t upset.” 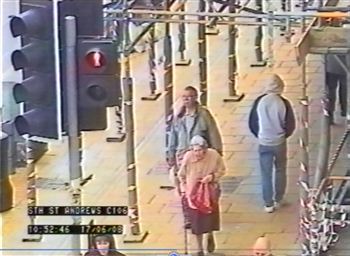 The programme documents how a local missing person inquiry quickly escalated into one of Scotland’s biggest ever searches for a missing person.

It also features interviews with Mrs Fern’s family who speak of the impact of the OAP’s disappearance.

DI Eamonn Keane, who is leading the investigation, has admitted the case is “unique” because of Mrs Ferns’ age.

He said: “We are launching this appeal on what will be the nine-month anniversary of Mrs Ferns disappearance.

“We hope to generate more interest in the case, and hopefully many people will watch the programme on Monday morning.

“This isn’t a last attempt at locating Mrs Ferns by any means, and, if unsuccessful, we will continue to revisit the case at significant times such as anniversaries.

“We cannot rule any scenario out and would appeal to the public to get in touch if they have any information concerning Mrs Ferns, no matter how insignificant they might feel it might be.”