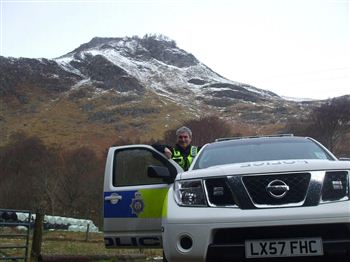 A SCOTS policeman who broke his neck after falling 200ft down a mountain is planning a return to the hills to raise cash for the heroes who saved his life.

Michael Tunney, 44, has endured three years of intensive operations and physiotherapy, and has now managed to return to frontline duties with the British Transport Police.

The dad-of-three was climbing with his son, also Michael, near to the Bridge of Orchy when he slipped on ice and plummeted down a steep slope breaking his neck, hip, arm and seven ribs.

Michael jnr. managed to reach the emergency services by mobile phone, but as tried to reach his badly injured dad he too fell and broke bones in his hand before being knocked unconscious.

The wounded father-and-son climbing team were saved by a mountain rescue squad before being flown by helicopter to a Glasgow hospital.

Just over two years later Michael, from Dumbarton, is aiming to complete a mountain route known as the Scottish 4000ers – an arduous 103-mile trek from Aviemore to Fort William which encompasses all nine of the 4000ft peaks in Scotland.

And the fully-fit cop is hoping to raise an amazing £30,000 for the Oban and Arrochar Mountain Rescue Teams who saved him and his son after his life-threatening fall back in November 2006. 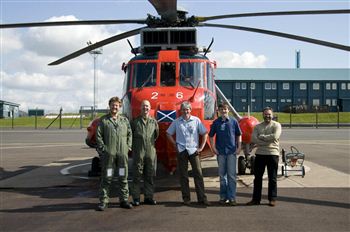 “We both had mobile phones and managed to call 999 to get assistance. I knew we would be up there for a while, and as it turned out we were out on the mountain for over six hours.”

Michael jnr. was only 16 at the time at the time of the accident, but he heroically managed to guide the rescue teams and a helicopter from HMS Gannet to their position by using the light on his mobile phone.

Michael sen. had previously completed over 150 munros, and was so keen to get back on the hills he re-visited the scene of his accident in November. 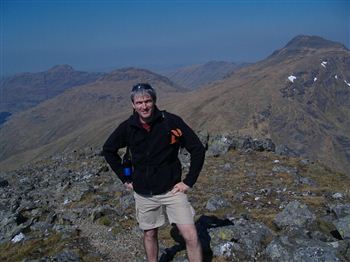 He said: “I really wanted to get back there to see where it had all happened. It was a bit of a cathartic experience and I’m so glad I did it.

“It was really to say to myself that I’m back fully-fit and raring to go.

“I’ve got nothing but admiration for the rescue teams and the work they do, and this fund-raising trip is the least I can do to show my gratitude.

“I still keep in touch with the guys, and some of the team who saved us are actually going to come with me on two of the climbing days.”

Michael also revealed his climbing hero, Sir Chris Bonnington, is helping out with the campaign by supplying signed photographs which will be auctioned off to raise more cash.

The former-Met officer has now returned to full duties with the British Transport Police after a spell behind a desk and will complete his nine-day fundraising expedition in May.