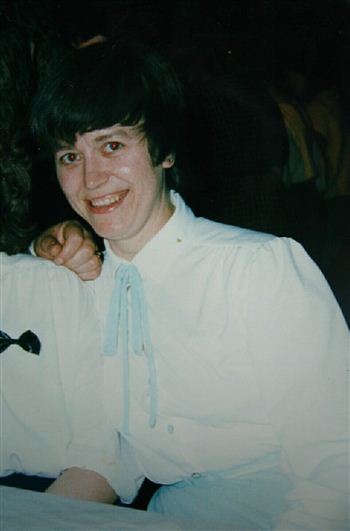 A WOMAN died of a heart attack while yobs launched fireworks at the helpless ambulance worker who was trying to get into her home to save her.

Winnie Jones, a 57 year-old mum of three, was deprived of vital medical care for ten minutes while the unaided paramedic waited for back up.

Now her family are demanding an end to the single crewing of ambulances, claiming it cost Winnie’s life.

But the Scottish Ambulance Service insisted they played everything by the book, sending a solo Fast Response unit, followed by a manager to help him and a duel-crewed ambulance.

Winnie’s daughter desperately tried to revive her while the volunteer medic was pinned down alone in his vehicle under a barrage of missiles.

He bravely made a break for the house and was even hit in the back by a lit firework.

But his mercy dash was in vain, as the mum of three had stopped breathing and died three days later in hospital.

Winnie’s devastated family say the sick thugs behind the firework attack live just yards across the road from their home. But they won’t be asking for an apology. 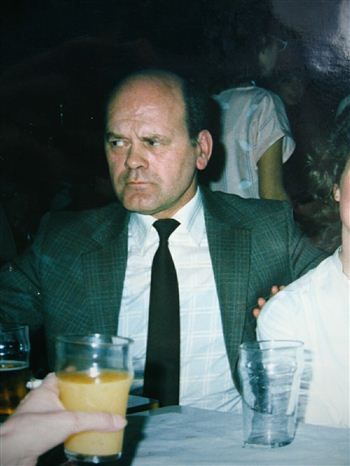 Her heartbroken husband Fred, 77, said: “I’m devastated. Nothing will ever bring my wife back.

“We know who did this. Some people have told me they’ll go and throttle the lads, but I’m not a vindictive or violent person.

“If they hold their hands up and say sorry, then fine. All we want now are lessons to be learned and for this to never happen to anybody else.”

As a dedicated community care worker, Winnie spent her life visiting the elderly in Penicuik, Midlothian.

Her daughter Angela, 36, followed in her footsteps as a carer and wants action to prevent emergency workers coming under attack.

She said: “It shouldn’t take my mum dying and a poor ambulance man getting hit by fireworks to make MSPs realise that something needs to change.

“I tried to give my mum CPR but there’s only so long that can work.

“I was totally shocked to see that there was only one person in the First Response van and then only one paramedic in the ambulance after that.

“If there had been two medics to start with, one of them could have phoned the police and the other could have come to help.

“He tried his best and we can’t fault his efforts for a second, but it wasn’t until a third one came that there was a vehicle with more than one person in it.”

Winnie’s son Christopher added: “If the medic wasn’t being shot at by fireworks he would have got in sooner and could have revived my mum quicker.

“Maybe some good for other families will come out of us speaking up for the selfless workers who tried to save my mum.”

Ambulance spokesman John Morton was keen to stress that proper procedures were followed during the January 23 incident.

He said: “Obviously it has been a terrible time for the family and I sympathise with their point that the first man on the scene could have done with assistance.

“This came in the form of a manager, who was then followed by two in an ambulance.

“We can obviously understand the point being made by the family, but First Responders are there as a faster mobile response ahead of an ambulance.

“They are certainly not an alternative to ambulances.”

The Jones family’s MSP Jeremy Purvis, whose dad was an ambulance paramedic for over 30 years, said the attack was “very concerning.”

He said: “I am very sorry to hear of the distress the family must have endured.

“It would be awfully disappointing to hear that the ambulance service is being let down by the single-manning of vehicles.

“Nicola Sturgeon has been very clear that there should be no single-manning of vehicles and I will certainly be raising this with the chief executive of the Scottish Ambulance Service.

“I would hope there is no complacency on their behalf due to the fact that Penicuik has First Responders, who do a sterling job.

“It is intolerable for the dedicated people serving the community to be under attack while doing their jobs.

“They should be able to get on with that completely unimpeded.”