A WOMAN who left a four-year-old boy to wander half a mile over a busy dual carriageway by himself has walked free from court. 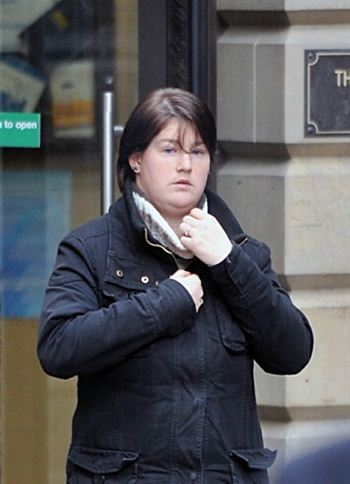 Marie Watson, 33, left the tot – who she was meant to be looking after – for more than an hour and a half while she went to get shopping.

But the youngster – who cannot be named for legal reasons – walked off alone and was spotted by horrified motorists half a mile from the Edinburgh flat where he was staying.

Watson admitted child neglect but at Edinburgh Sheriff Court she was admonished after a sheriff said he was satisfied she would be more careful with children in her care.

Fiscal depute Kate Mulligan had earlier told the court how a couple, who were driving on Silverknowes Road in Edinburgh, had pulled over after seeing the child walking alone at around 2.30pm.

Miss Mulligan said that to get to Silverknowes Road from the address where the boy had been he would have had to have crossed Muirhouse Parkway, a busy dual-carriageway with a 30mph speed limit.

The couple pulled over and flagged down another driver before asking the child if he was lost.

But the boy ignored them and continued walking until they contacted police and held on to him.

Despite his young age, he was able to show officers back to the flat where he was being looked after, and told them that Watson was at work.

The police officers waited at the address, in the Muirhouse area of the capital, and at 4pm Watson showed up.

She told them that she had left the boy in the care of an eight-year-old boy and that she had explained to both that she was going to buy messages and would be back in an hour.

But the elder of the two boys was found playing with local children after being separated from his brother.

Watson was referred to the children’s reporter following the incident.

Sheriff Kenneth Maciver said: “I can now leave that matter to the appropriate authorities, all that remains for me is to deal with the other aspects of the case, namely the punishment aspect.

“I take the view that you are somebody who has no previous convictions. I can deal with this by way of an admonishment.”

Dad pleads guilty to having sex with long-lost daughter