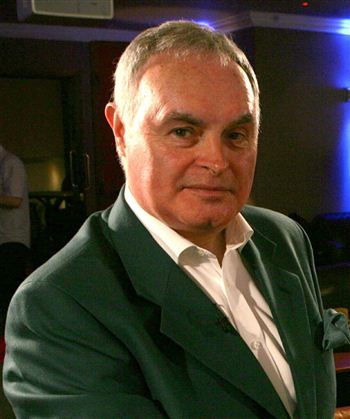 THE brother of singing sensation Susan Boyle is cashing in on her fame – with the launch of a new reality TV-style business.

Gerard Boyle, 54, set up Business Academy’s Business in a Box to allow entrepreneurs to start their own company instantly.

When wannabe business folk sign up to the scheme, they will be provided with an office, a website, company stationary, an accountant, a legal team and even a call centre.

Gerard compared the venture to reality talent shows like the ‘X Factor’ and ‘Britain’s Got Talent’ – the show that shot sister Susan to stardom – because it provides a fast-track route into a career.

Gerard said: “I suppose you could say it’s like an X Factor or Britain’s Got Talent for people who want to start a business.

“We aim to get people running their own business within three weeks by providing them a support mechanism.

“Once we have supplied this, it frees you up to do what you do best.

“Ideally, we’d like to take someone from the job centre to being their own boss – and it doesn’t matter what kind of business you want to start up.”

Gerard – who is the closest sibling in age to Susan – was speaking as he recorded the first ever Business Academy Show at the Dominion Cinema in Edinburgh.

He was joined by the team members – including MWB Business Exchange – to discuss different aspects of the scheme.

Gerard said: “The scheme costs £13,500 over five years, which works out about £90 per week. Not bad for all the resources that gives you.

“The thirst for business is still out there and we’re really hoping this will make a big dent in the recession.”

The group also hope to have the same success as devout catholic Susan by cracking the American market.

Gerard said: “We hope to roll it out across UK and Europe and eventually across the US too.

“Susan’s a world figure now. She’s doing great, and the direction she is going in is wonderful.

“And this is a business by the same people who brought you Susan Boyle.”