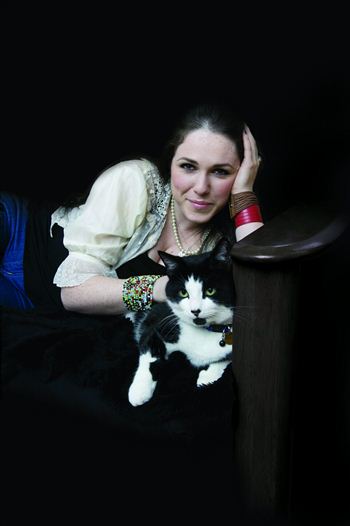 The I Wish I Was a Punk Rocker singer is all set to appear in an, as yet, un-named movie performing the ballad Ungrateful Heart, which is taken from her second album.

The MacDuff-born songwriter was spotted playing the track by the film’s director at a recent US gig and was immediately snapped up to star in the movie.

Thom is due to fly out to LA next month to record the scene.

The singer, who recently lost her pet cat Toots to an alleged shooting by a farmer, has also been playing in front of  top film and television executives in an effort to have her songs included in future projects.

She is hoping to have several tracks from her second album, The Pink and the Lily, snapped up by Disney before its official US release.

The 27 year-old star, who shot to number one with her debut single in 2006, is also working on “a corker” of a third album with some “amazing” musicians, but admits she is suffering from homesickness.

She said: “Last week I went to Disney/ABC to showcase to all the top exec’s. The plan is to get a few tracks from the second record on a couple of Disney movies and ABC shows before it is released Stateside.

“Apart from that, I’ve been working really hard on the third album with some amazing people and I think judging by the sound of it so far its set to be a corker of a record.

“I’m really chuffed with the way things are going and it’s been nice to get out of the UK for a bit, but I’m missing it now. I wanna go home.

Anyway, I’m excited to say that I’ll be making an appearance in a movie soon performing a ballad from the second album called ‘Ungrateful Heart’.

“The director [of the movie] saw me play it at a gig and thought it was perfect for the scene, so I’m back out here in June to film that.”

Sandi has just recently been confirmed as a headliner at this year’s Royal Variety Performance to be held in Glasgow in October.