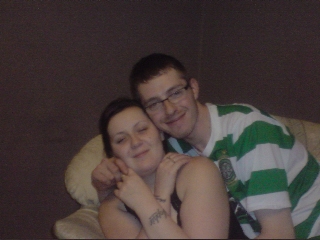 THE devastated partner of a man who died after trouble exploded outside their Fife home yesterday called him the “love of my life”.

The 25-year-old, from Lochgelly, was found dying from several stab wounds at around 2am on Sunday morning in the town’s Main Street.

Mr Stark is said to have gone to the aid of a friend after trouble flared in the street but ended up fatally injured himself.

He was taken to Dunfermline’s Queen Margaret Hospital but died from his injuries soon after.

Fife Police have confirmed a 21 year-old man from Ballingry, Fife has since been arrested in connection with the murder.

He will appear from custody tomorrow (Tues) at Dunfermline Sheriff Court.

Yesterday Mr Stark’s family has paid a loving tribute to the popular father.

It reads: “Sean was a loyal and loveable family man and will be deeply missed by not only his family but everyone who knew him. Sean was a brilliant dad, soul mate, partner, son, brother, nephew and uncle.

“The family is devastated at Sean’s death and would like to thank friends, neighbours and Sean’s work colleagues for their kind support.

“A special thank you to the police, paramedics and hospital staff who tried to save him.

“We would appreciate time to come to terms with our loss and would ask for privacy from the media at this difficult time.”

It is believed Mr Stark, who leaves behind two daughters aged three and one year’s old, and his partner were trying for third baby.

The emotional statement added: “Melanie, Sean’s partner described him as the love of her life.”

One local man, who wished to remain anonymous, said: “I just can’t believe this has happened to Sean, he wasn’t a trouble maker and he never bothered anybody.