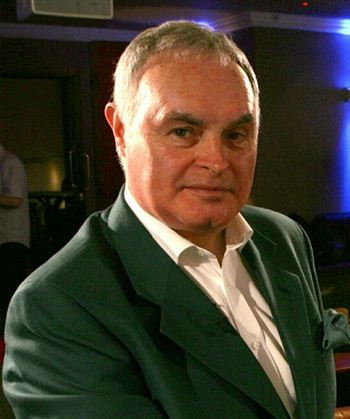 SEVENTIES crooner Donny Osmond is to help stressed out Scots star Susan Boyle – by making a get well call offering his support.

Friends and family say she is simply exhausted and just needs support and reassurance that she hasn’t let everybody down.

And now she’s set to get some words of wisdom from her childhood idol – after Los Angeles radio host Billy Bush organised the call from the Osmond.

Susan’s brother Gerry, 55, revealed: “One of the radio stations in Hollywood has organised for Donny Osmond to call Susan to wish her well and calm her down.

“Donny is a big fan of Susan and wants to reassure her that even though she did not win, she still has a career ahead of her and people still want to hear her sing.

“This will absolutely make her day.

“She was a lot younger when she loved the Osmonds, but everybody has a childhood hero and to get a telephone call from that person will just be phenomenal for her.

“His posters were all over her walls when she was younger.

“She would lock herself in her room and play the records over and over again singing along as loud as possible.

“It used to drive me mad when I would hear it start up for the hundredth time. But our mum would say ‘Leave her alone, it’s all she’s got’.

“It’s really something that he wants to get in touch and have a chat with her.”

And Gerry hinted that Donny might even be interested in performing with Susan or recording a duet with the shattered star.

He said: “If they did sing together, the Americans would go absolutely wild for it. The Osmonds are like American royalty and Susan is so popular over there.

“We really appreciate all the support she’s been getting from fans there – it’s like a real-life fairy tale for Susan.”