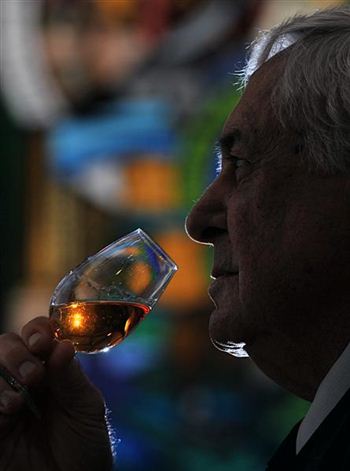 A NINE-year legal battle over the name of a Canadian whisky has ended in a bitter taste for the Scotch Whisky Association.

The Scot whisky watchdog was worried that Nova Scotia’s “Glen Breton” single malt would confuse drinkers into thinking it was made in Scotland.

They said the firm should drop the “Glen” part of their drink’s name and protested that by calling the drink “Scotch,” Scotland could lose out.

But the Supreme Court of Canada refused to hear the association’s appeal, giving the all-clear for Glenora Distillers to carry on as Canada’s only distillery.

Lauchie MacLean, Glenora’s president, said: “We take pride in having seen this fight through its final contest.”
David Williamson from the Scotch Whisky Association said they could take action outside Canada depending on how Glenora markets its products internationally.

He said: The Association is disappointed by the Canadian Supreme Court’s decision refusing leave to appeal.

“However, the Court of Appeal’s findings that the mark has caused confusion because of its use of a ‘Glen’ prefix, and that Glenora has marketed its product as Scotch in all but name, have not been reversed.

“We will continue to monitor the marketing of this product to ensure that it does not cause continued confusion and will oppose applications to register the mark in any country where such confusion is likely.”

They recently pledged to cut pollution by 80 per-cent over the next 40 years, to save 750,000 tonnes of carbon dioxide.