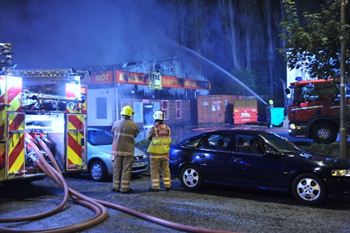 A GARAGE manager burned down the tyre repair centre he ran because he was worried bosses were about to sack him. 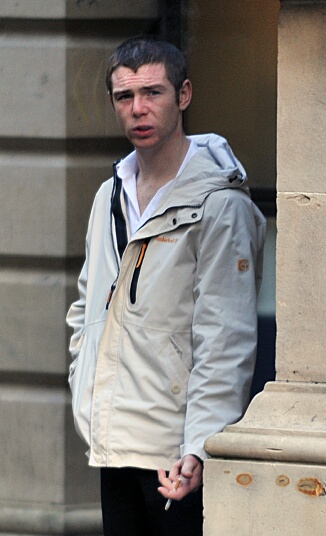 Colin McReadie, 22, had only been in charge of the Budget garage for two weeks when his managers called him in for talks about his future.

Instead he snuck into the Edinburgh business the night before the meeting and set the workshop ablaze, causing over £700k worth of damage.

Dozens of firefighters fought the inferno at Budget Exhausts and Tyres in Piershill as highly flammable gas cylinders threatened to ignite and the garage was closed for weeks.

Fiscal depute Aidan Higgins told the court how McReadie had been working for Budget for less than three months when he was promoted to manager.

Mr Higgins said: “At the time of the offence the panel was the branch manager of Budget Tyre Auto Centre at Piershill Place in Edinburgh. He had been working there for about three months and the promotion to branch manager had taken place around two weeks prior to the charge.”

But managers had become worried about his performance and had arranged a meeting to discuss McReadie’s future at the company.

Mr Higgins said: “During that short period there had been a number of problems that had come to the attention of his own managers and immediately before the time of the incident the panel feared that he was to be sacked imminently.

“On the morning of the offence the panel failed to attend at his work and this brought matters to a head and he was told to attend the next day for a meeting about his future.”

But that night McReadie asked two pals to pick him up from a pub and take him to the garage.

Mr Higgins said: “The panel’s associates drove to the pub and collected the panel just before 10 pm. The panel, as he wished, was taken to the Budget auto centre.”

McReadie used his company key to sneak into the empty business and switched off the alarm before setting fire to a stack of tyres inside the garage.

Mr Higgins said: “Once inside he made his way over to a rack of tyres in the building and used a gas torch to set these tyres on fire. The panel then reset the alarm to the premises.”

After lighting the inferno, McReadie calmly asked his mates to drop him back off at the pub he had been in before a nearby dog walker raised the alarm.

Thirty-five firefighters tackled the blaze at its peak and traffic had to be diverted as two major incident units and three appliances dealt with the flames.

Mr Higgins said: “The fire brigade attended and by the time they got there the building was engulfed in flames.”

The fire spread to the roof and caused serious damage and even fire fighters had to be evacuated because of the fear of explosion and collapse while glass was blown out of doors by the power of the blaze.

Mr Higgins said the total loss and damage to the building was estimated at £701,626.

He said: “That related to the damaged buildings that were effectively destroyed and also the loss of machinery in the building and stock and trade.”

Sheriff Neil Mackinnon deferred sentence for reports and McReadie was allowed bail on the condition that he does not go near the garage.

Budget confirmed that McReadie – of Northfield Circus, Edinburgh – was no longer working at the garage, just off Portobello Road.

He will return for sentence next month.