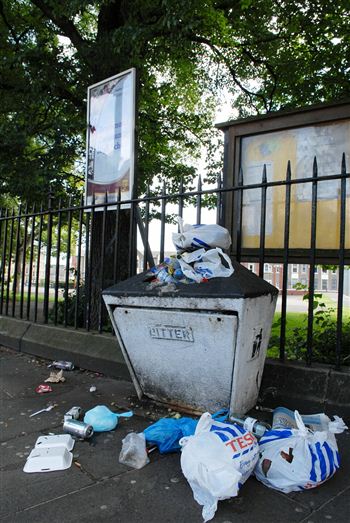 EDINBURGH’S overflowing bins has led to soaring numbers of rats on the city’s streets.

Binmen are working to rule over a pay dispute and the situation has seen bins going un-emptied and streets strewn with rubbish.

Pest control experts have reported a huge increase in call-outs since the dispute began and have warned if a deal is not struck soon the capital could be facing a rat epidemic.

There has also been an increase in other scavengers such as foxes, seagulls and pigeons.

Despite the warnings City of Edinburgh Council has claimed the public have no need to worry as they have not seen an increase to its in-house pest control service.

But Gavin Lindsay of Anglo Scottish Pest Control said: “We’ve seen around a 60 per cent increase in business in the last couple of weeks. We’re up to four call-outs a day, which is a lot.

“Edinburgh has always had a rat problem but the state of the streets has caused this to escalate. Basement flats are particularly at risk.

“We went to a property in the New Town where there was rubbish and bin bags all over the street. We went down to the basement and found about 14 rats, which is much more than normal.

“They’re obviously coming up from the sewer system to get their teeth into all the extra food.

“While the city is in this state the rats will keep coming back for more. The population of rodents could explode.”

And Andrew Burns, from Total Pest Solution, admits the problem could become worse – even when the binmen call off the dispute.

He said: “At the moment the rat problem is under control to a degree but when the food source dries up this will be a different matter.

“They will be breeding now because of the plentiful food supplies and then they will want to feed their young, which could make them vicious. It will be hard to shift them.

“[Maggot] eggs will be hatching on the rotting food within 36 to 48 hours which is incredibly unhygienic and could pass on diseases.”

Council say no need to panic 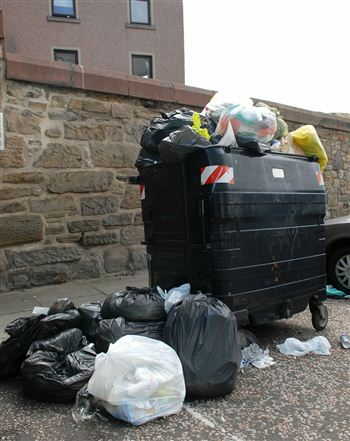 Litter has plagued the city’s streets for the past two weeks as binmen stage a work-to-rule policy as they battle against the decision to remove bonus payments for attendance and productivity.

They claim the cutbacks will cost them each thousands of pounds in lost earnings.

Union bosses say they are no closer to an agreement about resolving the dispute.

City of Edinburgh Council has said they had not seen an increase in the number of pest-related calls.

A spokesman said: “The council has adequate resources in place should there be an increase of vermin in the city. If you have any concerns please do not hesitate to call the pest control team on 0131 666 2623.”