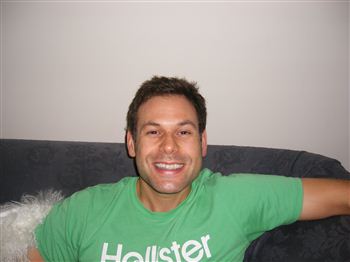 THE FAMILY of tragic fire-fighter Ewan Williamson have thanked the public for their support following his death in Edinburgh.

And they have also said that they are grateful for the efforts to get Ewan honoured for his bravery.

Politicians are planning on raising motions in both Holyrood and Westminster to get the 35-year-old remembered with a Queen’s medal.

And Ewan’s mother Linda, sisters Rachel and Rebecca and girlfriend Lynsey have released a statement saying that any acknowledgement would be for all fire-fighters, not just Ewan.

They said: “We appreciate the calls for Ewan to be recognised for his bravery and feel it would be a great honour if his efforts were officially commended by way of a medal.

“Were that to happen we would see it not just as an honour for Ewan but as a reflection of the bravery of all fire-fighters who risk their lives every day in public service.

“As a family we have been touched and comforted by the clear strength of feeling everyone has shown, hot just over what happened to Ewan but in their recognition of the difficult job fire-fighters do every day.”

The fire-fighter died as he helped tackle a blaze at the Balmoral Bar on Dalry Road two weeks ago.

It was after part of the floor collapsed that Ewan died and his colleague Oliver Carrigan was injured.