Football boss claims he is no “bad man”

LIVINGSTON FC owner Angelo Massone defiantly insists he is still the man to save the West Lothian club from liquidation. 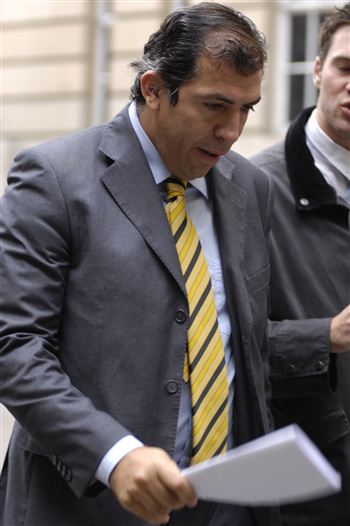 Mr Massone, speaking at Edinburgh Sheriff Court after he was banned from driving over a drinking charge, said the “joke” that he was a “bad man” must end and those with Livingston’s best interests at heart must get behind him.

He said: “Today I had a meeting with the SFL, I would like the people in football to understand that it was refused to me to pay the players.

“From my point of view it was a scandal. The money was on the table to pay all the players, all staff.

“We have an interim manager who must do the maximum to run the club now and we will have a hearing on August 18 to see if it goes in administration. To run the club is important, all people must be together.

“But the supporters must understand the joke that Angelo Massone is the bad man must finish, this is a joke against the club. I am the man who works to save the club.”

Livingston’s fate is to be sealed by Scottish Football League bosses once they decide how to act after the club was plunged into administration.

He claimed unless Massone sold his shares and allowed new investors to take over, Livi would be “hopelessly insolvent” breaching SFL rules.