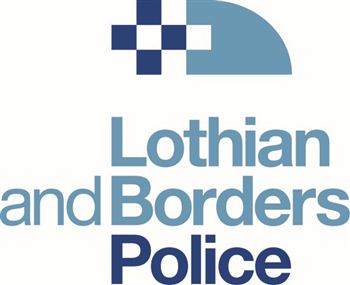 A TEENAGE thug who lay siege to Scots community has become the first to be banned from an entire county.

Shameless Gavin Inkster, 19, now faces arrest if he steps foot inside the district of Midlothian after being given the boot by officials.

The tearaway has been accused of a catalogue of offences including car theft, assault, drug taking and vandalism.

Originally from Dalkeith, Midlothian, but now living in Edinburgh, he has continued to visit family in the area to the alarm of locals.

Now police have moved to take action against him to “protect the community” after Inkster “terrorised” residents in the Woodburn area of his hometown over 18-months.

The Asbo was granted against Inkster after Edinburgh Sheriff Court heard that his charges included theft, road traffic offences, assault, breach of the peace, housebreaking, vehicle theft and the misuse of drugs.

But now Inkster, a motocross enthusiast, is also mocking police on his Bebo site and bragging about his time spent in prison.

Photographs posted on his site include a section marked ‘The Jail’ which has images of a detention cell with ‘My Home’ underneath.

Inspector John McGill said: “This is the first time someone has been banned from the whole of Midlothian. There are others barred from areas, but he is a well-known face and it was ided to take this action to protect the community.

“His family come from the Woodburn area of Dalkeith and that is why he was coming into Midlothian, to see friends and family. He is one of a few notorious troublemakers there.

“Others have been banned from Woodburn, or certain parts of it, or are under curfew.

Inkster’s Asbo order will run for the next three years.

One of the worst offenders

Inspector Bob Innes, who works with Midlothian Council as community safety manager, admitted Inkster was one of the worst repeat offenders in the area.

He said: “We presented evidence dating back to March 2008 which contained a number of charges. He was living outside Midlothian, so we decided seeking a ban from the county was the best option here.”

A spokeswoman for Midlothian Council said the case proved the council will get tough on antisocial offenders.

She said: “The council will continue to utilise aspects of the antisocial behaviour act to ensure the safety of its residents.”

Step mum Anne-Marie Inkster admitted the family were glad to see the back of the troublesome youngster.

She said: “We heard he’s been handed an Asbo by the courts, and, to be perfectly frank, it’s all his own fault. He keeps getting into trouble with the police and we are sick and tired of making excuses for him.

“Some of the offences he has committed have been trivial, but some have been very serious.

“We’ve washed our hands of him now and life is a bit quieter around here without him.

“He lost his job with the refuse company a couple of months ago because he was always taking time off to appear in court.

“Me and his dad haven’t heard anything from him for a while and the last we heard he had moved in with his mum in Musselburgh.” 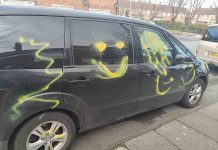 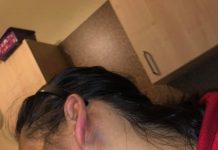