Cops trade in their Nectar points for station TV 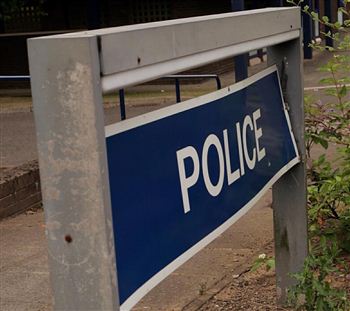 THRIFTY cops drove away a bargain for their Scots based police station – by saving Nectar points earned from fuelling up patrol cars.

Officers based at Lockerbie station in Dumfries and Galloway managed to accumulate so many loyalty points that they were able to bag a TV set for their station, allowing them to catch up on hit shows like The Bill and CSI during their breaks.

Each time the individual cops loaded up with petrol, they used their own personal Nectar cards to amass loyalty points, which they then donated back to their station.

And to ensure it was kept all above board, it was all recorded in the official gifts and hospitality register for the force which shows on November 14 2006 an entry stating “Nectar points accumulated with purchase of fuel” donated.

Although using money raised by individual stations to provide entertainment is not itself that unusual, it seems this may be the first time a loyalty scheme has been used in Scotland – with no other force recording such entries in the past three years.

A spokesman for Dumfries and Galloway Constabulary said individual stations in their force area often use funds to provide little extra comforts, but thought that the use of Nectar points was a one-off.

He said: “Each of the stations run their own small canteen and often use any small profit they make to buy leisure facilities.

“Most of the stations have televisions, and some of them have Sky.

“The money is sometimes donated to charity but more often than not it is used for this purpose.

“It looks like the officers at Lockerbie have used their personal Nectar points that they have accumulated buying fuel for police cars and clubbed together to buy a new television.”

A spokeswoman for Nectar said the idea showed Dumfries and Galloway was thinking hard about ways to save the taxpayer cash.

They added: “We often hear of stories where this type of pooling of points occurs.

“Football clubs, fire brigades, charities in the past have found Nectar a helpful tool to help them get something for nothing.

“Certainly in the current climate this is a clever, savvy way of making your money work harder.

“It is great to know that Nectar can make a difference to groups and that it can help them get the things they want.”

The Scottish Government said such measures were a decision for the individual police forces.