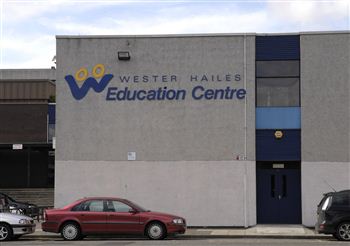 A SCOTS school is handing problem pupils ‘get out of class free’ cards so they can leave lessons if they think they are going to start playing up.

The passes – to be used in Wester Hailes Education Centre in Edinburgh – will be given out to disruptive children in the hope that they will cut down on the number of exclusions.

If a pupil thinks that they are about to “lose it” then they can give the card to their teacher and go outside to calm down before returning to the lesson.

If successful, the new scheme introduced after the summer break will be rolled out across all schools in the Lothians.

Alex Wood, head teacher of WHEC and a member of the working group developing the new city council policy, said that the technique wouldn’t be used instead of exclusions, but would hopefully lead to less of a need for them.

He said: “Teachers will be given advice in how to deal with situations like avoiding eye contact, keeping their voice low and calm or removing a kid from class for a brief period.

“We can also give kids get out of class cards so if a kid knows they are to lose it they can give their teacher a card to leave the room to calm down.

“Schools all have their own different strategies but all schools should be developing strategies like this to enable them to avoid difficult situations.”

Mr Wood said that early intervention can usually stop problems getting to the stage of expelling the child and that problem children were easy to spot.

He added: “I have no doubt about the fact that all kids deserve the opportunity to learn and if particular children are regularly disrupting classes then action is required.

“That action can still be exclusion.

“It is occasionally necessary and I’m committed to that, but am also committed to reducing the numbers where possible.”

Edinburgh already has an exclusion rate below the national average, and council bosses are determined to lower this by spotting problems earlier.

Between August 2008 and February this year, 980 pupils were excluded from school in the area.

Education leader at Edinburgh City Council, Marilyne MacLaren, said: “This policy strengthens that approach whilst ensuring that where exclusions are needed, they are managed in the best possible way.

“No-one wants to see children wandering the streets and getting into trouble during school hours.

“The best place for a child to be is at school.”