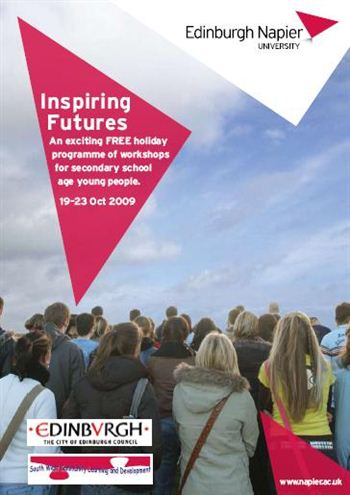 A SCOTS university is offering high school pupils the chance to learn how to hack into computers.

The institution claims that the aim of the lesson is to teach kids how to protect their computers against attacks over the internet, but they are promising that students can “practice their hacking skills”.

The news comes on the same day that Glasgow-born Gary McKinnon lost his extradition appeal at the High Court in London for allegedly hacking into the Pentagon’s computer system.

Napier says that the course, which has the backing of City of Edinburgh Council, was merely given a racy title to encourage children into the classroom.

But the course description clearly states: “Although breaking into secure websites is illegal, we’ve set up our own secure site so that you can legally practice your hacking skills.

“We’ll show you how to ensure you aren’t hacked into and other ways to protect your web security.”

It is part of a group of courses run at Pentland Community Centre over the October break to inspire children who might not be interested in higher education in the future.

Other lessons include Finance in Football, Comic Creation and Move Making.

A spokeswoman for the university said that they would be using a secure website specially designed for the class to hack into.

But she insisted they were not encouraging anything illegal.

She said: “As a responsible organisation, we would never consider teaching people how to hack into computers.

“The course is about the complete opposite and will teach young people how to make websites very secure.”

Some IT experts welcomed the course, saying that it is an effective way to teach kids how to keep their personal information safe while they are online.

“They are not going to learn an awful lot in two hours but they can cover the obvious mistakes that can be made when creating and protecting a website and to show them just how easy it is to hack into a website that isn’t correctly configured.

“Especially in this day and age when everyone is online and have a lot of their personal information stored online.

“It can only be a positive for kids who are the next generation of computer users.

“A little knowledge can go a long way to keep you safe online.”

But he admits it may give kids a taste of what ‘real’ hacking is like.

He said: “As long as none of the kids on the course go away thinking ‘I really enjoyed that’ and want to research more, but I think it’s unlikely after two hours.”

But studies show there remains a risk that the thrill of the illegal activity combined with the potential financial reward of hacking into computers does tempt teenagers to learn more about it.

A survey carried out by Trend Micro earlier this year found that one in three teenagers in the UK would consider hacking or spying on people online for money.

And they admitted that the only definite way to prevent is for parents to closely monitor their child’s internet activity.

Rik Ferguson, security expert at the company said: “Parents need to ensure they lead by example at all times, clearly but appropriately lay down some simple family guidelines and make sure they oversee the online activity without being obviously intrusive.”

And local politicians hit out at the course branding it “inappropriate”.

“If it’s to do what they say it is, and teach people how to prevent hacking, it should be marketed in that way.

A spokesman for City of Edinburgh Council said: “This is just one of many courses available for young people at the Pentland Community Centre.”