Expert claims gap may have led to toddler’s death 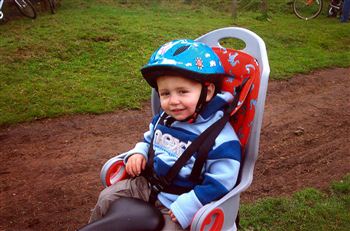 A SAFETY expert claimed a decision to increase the gap in an office balcony by just 5cm may have led to the tragic death of a 21-month-old boy.

Leanne Hunter said if the gap had been 10cm – as originally planned – little Ben McCreath would not have fallen through.

Ben’s mother Louise watched in horror as her son plunged 15-feet to his death from the first floor of Edinburgh’s Princes Exchange building.

She had been visiting her office – where she works as a part-time receptionist – with Ben on her day off on Valentine’s Day, 2006.

Ms Hunter, senior ergonomist at Health and Safety Laboratory in Buxton, Derbyshire, explained her findings at the fourth day of evidence at a Fatal Accident Inquiry into Ben’s death.

She said: “In my opinion had the gap been reduced to 10cm then the accident would have been avoided because no child could have fit through.

“If the gap had been reduced that would have prevented anyone from accessing that gap, and that would include children.”

The court had previously heard evidence from the building’s architect Mark McPhillips who ordered the size of the gap in the balcony’s glass panels to be increased from 10cm to 15cm.

Ms Hunter was hired to uncover access issues with the balcony barrier following the tragic accident.

She showed the court a 10cm sphere which she used to assess how easily a small child’s head could fit through the 15cm gap.

Ms Hunter explained that she used the dimensions of Ben’s body – including his width, length and the size of his head – to measure his chances of fitting through the gap.

She said: “I used the possible posture of a child aged 22-23 months old that could get access through the gap.

“Even if Ben’s head – which measured 13cm – had been 14cm he would have been able to get through the gap.

“Had he crouched underneath it there would have been a lot more room.

“If the gap had been reduced to 10cm it would definitely have prevented him from falling through that gap.”

Ms Hunter concluded that the child would have been able to fit through the gap quite comfortably even if he had been wearing a big jacket.

Mr Thomson said the firm which built the office block, Kvaerner, gave them a design brief for the clientele they would cater for.

He said: “It was regarded as a Class A office building – it was never envisaged that it would involve children.

“There was never a discussion about children – we have now changed our office policy in terms of designing the buildings to ensure that the design would keep in line with legislation.”

Kvaemer effectively blamed the designs given to them by the architects.

The Building Standards Commission changed their policy on May 1, 2007, so that no buildings are permitted to have gaps of 100mm in barriers.

Ms Hunter added that in Northern Ireland building regulations were extended to cover any building likely to be used by children under five years of age.

She said: “Most children up to the age of five-years-old would be able to fit through that gap – it would depend on how tall the child was but the abdominal depth could be the restricting factor.”

Ben’s parents, Ross and Louise were not present at Edinburgh Sheriff Court yesterday.

The hearing continues on Monday.

A pet accessory company gives tips to keep your dog safe this summer.