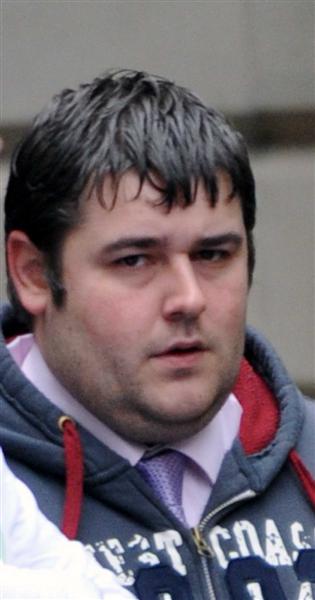 A NANDO’S restaurant manager who took £10,000 from the tills to feed his gambling habit has escaped a jail sentence.

Benjamin Metcalfe, 26, begged cops to let him play blackjack at a casino next door to his eatery to try and win the cash back when he was arrested over the scam.

He was caught when the managing director of the nationwide chain realised a five-figure sum was missing from the Edinburgh branch.

With the restaurant earning around £2,000 a day, he was pocketing the equivalent of a week’s takings while cashing up at the end of each night.

Metcalfe cheekily told police he could repay his employers by winning the cash playing blackjack at a Circus casino next door to the restaurant.

But he was arrested on the spot and last month admitted the huge embezzlement between June and August last year.

Today (Thursday) he was told the crime justified a prison term, but was instead ordered to repay the cash and do 180 hours of community service.

Prosecutor Caroline Kabula said bosses quickly spotted cash missing from the Fountain Park branch and the spotlight fell on Metcalfe, who had worked for them for five years. 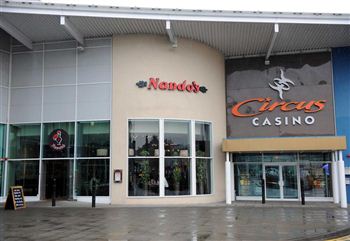 Miss Kabula said: “In his five years with the company he worked in restaurants all over the UK.

“He had responsibility for the cash takings at the end of each shift and was supposed to lodge the cash in a safe within the restaurant and ensure the coins were paid in.

“On August 12 the managing director became aware that takings had not been banked and were missing.

“He attended the Fountain Park restaurant along with the general manager and spoke to the accused.

“He stated he had stolen the money so police were called.

“No money was found in his house but the accused made no hesitation in making full admissions.

“He told officers he was taking the money to fund a gambling habit and was in debt with several weeks of late rent payments.

“He had a view to paying the money back by playing blackjack at the Circus Casino and winning the money to repay it, but of course the officers cautioned and charged him.

“It seems a rather unsafe strategy.”

Metcalfe, who now lives in Bracknall, England, claimed rent arrears plus a gambling habit resulted in a “vicious circle.”

His solicitor Elaine Crawford said: “This all started when he came back from holiday and found his flat had been padlocked after missing a rent payment.

“He took some money from his employers to repay that but was left short and matters escalated.

“He wasn’t spending money and living a lavish lifestyle.

“He got himself into a vicious circle with gambling.”

Now working as a barman south of the border, Metcalfe and his partner are said to be pooling their earnings to try and pay the money back.

Miss Crawford said: “He is concerned that he should repay this money and is putting finances in place to do that.

“Last week he and his partner, who is in court today with his mother, took on a lodger to reduce their rent outgoings.

“He also tells me he is due a tax rebate of £750 which he hopes to use to start repayments.

“He is no longer gambling and his partner is helping him with this.”

Sheriff Isabella McColl ordered Metcalfe to repay the cash at £400 per month.

She said: “This is an offence for which I could quite justifiably send you to prison today.

“But the public interest would be best served by a community service order and compensation order for the £10,000.

“If you breach the order you will be brought back to Scotland and something more severe will happen.”