Ex-sheriff, 91, says he loves “a bit of fisticuffs” after attack 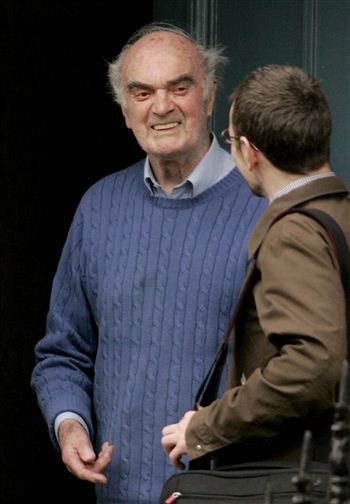 A RETIRED sheriff was taken prisoner in his own home while he was robbed of his precious wartime medals.

But Hook fought back and gave the intruder a black eye, forcing him out his back door where he got stuck in a river and arrested by police.

Speaking of his ordeal sheriff Hook said: “The chap didn’t scare me in the slightest – in fact I like a bit of fisticuffs.”

MacKinnon, 26, came face to face with a different sheriff in court yesterday and pled guilty to assault and robbery charges.

Sheriff Hook admitted he was “perhaps naive” to leave his front door unlocked when MacKinnon walked in and ransacked his huge Edinburgh townhouse in January. 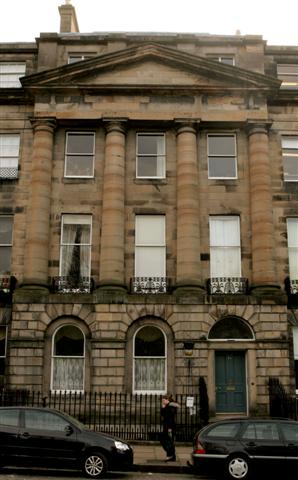 He said he was known as “Hang ‘em Hook” during his 30 years on the bench, and expects MacKinnon to be jailed for the attack.

He said: “I would not like to be seen to be trying to influence matters.

“I have nothing against the man and I know what he did to me was not personal.

“It is very serious however and one would imagine he will be imprisoned.”

He insisted the assault was nothing compared to the five years he spent as a prisoner of War in Germany.

Mr Hook feared he would never see his medals – gained for service with the Royal Northumberland Fusiliers – again, after MacKinnon escaped his grasp.

Mr Hook said: “The chap walked in and stuck this thing over my face.

“He didn’t scare me in the slightest – in fact I like a bit of fisticuffs.

“He gave me a black eye so I gave home one back.

“He probably thought he had got lucky when he saw me but there’s life in me yet and I thumped him as hard as I could.

“He was probably more scared than me.

“The police couldn’t bring him in for me to identify because he was soaking wet, poor chap.

“I’ve come through worse things in my life that is for sure.

“I had a tough time as a POW and came back showing nothing but rag and bone.

“Nevertheless, I survived and here I am today, still fighting off what the world throws at me.”

After serving for the entire length of WWII in France and Germany, Mr Hook studied law and was appointed to the bar as a QC in 1948.

He began his career as a sheriff as a resident Sheriff in Greenock in 1956 before moving to work in West Lothian and finally Edinburgh Sheriff Court until retiring in 1986.

He had left his front door unlocked because he “regarded himself to be living in a good area,” according to fiscal depute Ruth Ross-Davie. 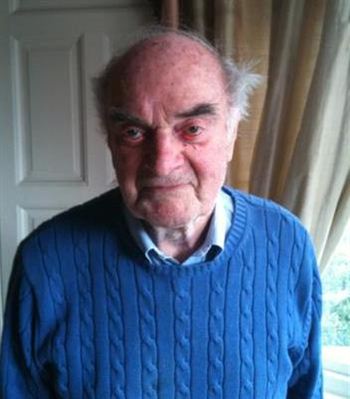 She told Edinburgh Sheriff Court: “MacKinnon entered the house by the front door, which was shut but not locked.

“It was left open because Sheriff Hook regarded himself to be living in a good area and wouldn’t require to lock his door.

“MacKinnon entered a bedroom and went through all the drawers and cupboards, stealing a number of items including cufflinks, two medals, some gold buttons and tie pins.

“He then approached Sheriff Hook, who was in the sitting room and covered his head with a cloth and indicated he wanted him to give him all his money.

“He gave MacKinnon the £5 note which had been in his pocket at the time before the accused made his escape out the back door.”

But the crook struggled to get away fast, as the ex-sheriff’s New Town residence backs onto the Water of Leith.

Neighbours who had initially phoned 999 to report a “suspicious” man loitering in the wealthy area on 27 January and later called the emergency services again to report a man in the river.

Prosecutor Mrs Ross-Davie said: “He was rescued from the water by the fire service.

“Witnesses had seen suspicious goings on and contacted police about a stranger entering the sheriff’s house.

“By the time police got there they found MacKinnon in the Water of Leith and they were able to recover all of the items taken from Sheriff Hook.

“He was unable to put a value on the items, which included wartime medals, but quite clearly they had a significant sentimental value.

“He suffered bruising to the face as a result of the commotion of the covering of his head.”

The ex-sheriff declined medical attention but gave police a statement after MacKinnon was arrested.

MacKinnon, whose address was given as Prison of Edinburgh, appeared from custody before Sheriff Derrick McIntyre.

His defence agent Cameron Tait did not apply for MacKinnon’s bail and reserved any statement until sentencing.

Sheriff MacIntyre called for background reports and ordered MacKinnon to be brought back to court later this month.