Anger over plans to recycle graves 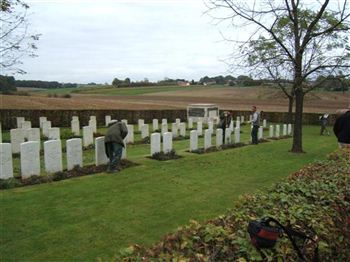 FAITH groups have accused the Scottish Government of desecration over plans to exhume bodies and bury them in communal graves.

Due a shortage of cemetery land, Nicola Sturgeon, the health secretary, is controversially proposing that councils be allowed to remove human remains and bury them at greater depth to free up space for other burials on top.

Religious organisations however claim that the “lift and deepen” plan to recycle graves in this way represents a lack of respect for the dead.

The Scottish Council for Jewish Communities called the practice undignified and slammed the government for focusing their consultation paper more on the appearance of graveyards, as opposed to the faiths they represent.

They said: “The implied suggestion that cemeteries should be more concerned with aesthetics than with respect for the dead is, we believe, likely to be offensive far more widely than among faith communities.

“Judaism regards the human body as sacrosanct and requires that it should always be treated with dignity.

“We therefore have serious concerns with the proposals to re-use graves.”

The Free Church said the plan to disrupt remains for economic reasons was “unacceptable,” and claim the disturbance would be perceived as “desecration.”

A spokesman said: “Burial is chosen by a majority of those with Christian convictions because it is considered more appropriate on spiritual grounds.

“The remains of the body are seen as being deposited in the ground until the Last Day.

“Interference with them would be seen as desecration and in effect it is little different from vandals digging up the remains and desecrating them.

“The avoidance of instant reduction of the remains is often a religious choice for religious reasons.

“Disturbing the remains for purely economic reasons is unacceptable to many on religious grounds.”

Of similar vein, the Church of Scotland criticised plans to impose a new “death tax” of approximately £100.

This charge is currently only imposed for cremations to pay for a doctor to check paperwork regarding cause of death, allowing the cremation to be halted if circumstances are deemed to be suspicious.

Ministers are however proposing that in future, a similar charge could also apply to burials.

A Church of Scotland spokesman said: “Reports of some doctors’ insensitive attitude to “ash cash” for cremations under the current system suggests that perhaps the best thing would be for costs of the system to be met through general taxation through local authorities rather than directly paid by the deceased’s family to a doctor.”

A Scottish Government spokeswoman said that while the idea would offer councils the power to accept the lift and deepen strategy, this would not be obligatory.

She said: “We recognise that this is a sensitive issue but it is important to have an open debate in order to consider all practical options.”

Row over new housing estate with its own cemetery