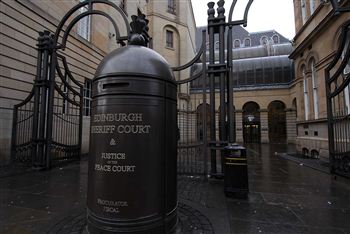 A PERVERT who was caught with over two thousand indecent images and videos of children – some as young as a few years old – has been jailed for 16 months.

Police raided the home of Eamonn Kurtz, 53, in Edinburgh on February 10 this year and took away computer equipment including a desktop PC, a laptop and DVDs.

They found 1861 images and 278 films on his computer showing young boys and girls between eight and 12 years old.

Some of the sick images even showed kids as young as a few years old.

When interviewed by police, Kurtz said that he wasn’t fully aware that it was an offence to possess the images, and that he derived some pleasure from watching the images.

He also said that owning the images was a fantasy separate from his real life and that he understood the difference, and claimed that he had downloaded the images out of curiosity more than anything else.

Defence lawyer Stephen Knowles made a plea that Kurtz had been assessed and was reckoned to be at a low risk of causing harm to children.

Mr Knowles said: “My client has been the subject of a Cisco assessment and on their own matrix of risk he is deemed to be a low risk.

“He is married with two teenage children and his wife is standing by him through this episode.

“The impact of these proceedings on his family life has been significant.”

The defence also pointed out that Kurtz had no previous convictions and had been in continuous employment throughout his adult life.

Mr Knowles asked that a probation order be considered as an alternative to custody be considered, with the restriction that Kurtz would not have access to the internet.

But Sheriff Horsburgh jailed the pervert, saying: “A custodial sentence is most appropriate in this instance.

“These offences are very serious and the sentence must reflect that.

“You are sentenced to 24 months, reduced to 16 months, and your name will be placed on the sex offenders register for five years.”