The reality star announced the split on her Twitter page to her 300,000 followers this evening.

The Scots-based star said: “Can confirm that me and lee have split after many tears and talks from both, it was unfortunately decided that the only option was to split x” 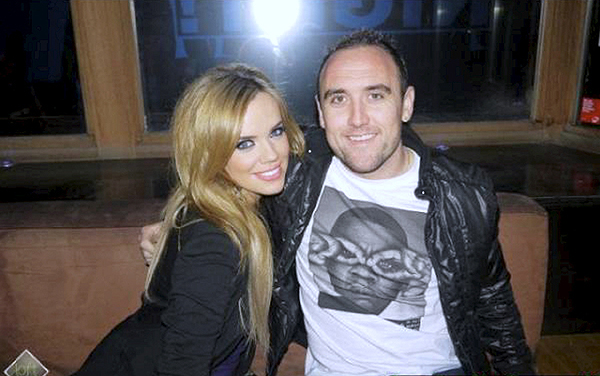 The couple were together for just eight months before calling it quits today.

The glamorous duo moved to Perth in January following the footballer’s transfer from Derby to Scots team St Johnstone.

The pair were planning to stay in Scotland until mid-May but the TOWIE star appears already to have quit Scotland.

Fowler tweeted: “Looking foward to getting away tomorrow. Need some space and sunshine.”

A fan replied:”plenty of space north of the border. Maybe not sunshine? x

Fans of the Only Way Is Essex star took to her Twitter pager to offer their sympathies.

One fan said: “Oh my god I’m shocked! You always seem so happy?? Hope your ok.”

Not all her followers displayed the same sensitivity. One tweeted: “Bagsy 1st rebound shag!!!” 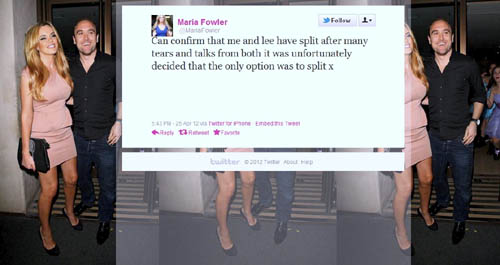 The couple were together for just four months before they moved to Perth in January.

Maria announced the news of the move on her Twitter page at the time, writing: ‘Right the moment u all been waiting for haha…. Me and @croft7 moving toPerthinScotlandfor the remainder of the football season (mid May)!’

The avid social networker normally tweets about her “glamorous” lifestyle, keeping her followers up to date with the latest hairdo and lunch arrangements.

But she was recently locked in a vicious Twitter catfight with followers over her looks.

One tweeted: “Your massive forehead annoys me #FACT”.

But the feisty model tweeted back just as viciously, branding her critics fat, ugly wannabes.

Towie wag in vicious Twitter catfight over her looks