Official figures, released under Freedom of Information, show a large percentage of the total was spent ferrying absent parents to see their children – with Scottish taxpayers footing the bill.

The taxi bill for contact visits for one Scottish family was an astonishing £120 a week. 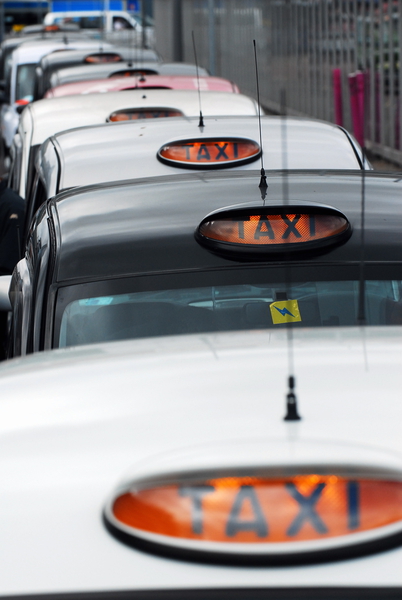 The taxi bill came to over £20million in just three years.

Many of the parents involved have had their children removed from the home due to safety fears and the bills were paid for despite many of the individuals having free access to other transport, including buses.

An whistleblower, who wished to remain anonymous, said: “If parents can’t be bothered to maintain contact without chauffeuring by taxi at council taxpayers’ expense, then contact should be denied.”

He said: “Social services need to remember that using taxis can become a habit and they really must be on top of controlling these costs.

“It’s important to keep looking at why they are using taxis, an expensive means of transport, and that the system is not being abused.”

The official FOI stats reveal that Glasgow city council spent almost £6 million in taxi fares in three years. The figure in Fife was £3 million, with Stirling and Highland Council standing at around £1million each.

North Lanarkshire paid out £600,000 through its social work department paying for taxi fares in the three year period.

Some big authorities turned down the request for information, with Edinburgh council saying it no longer had a specific social work department.

Scottish Labour’s Shadow Cabinet Secretary for Health and Wellbeing, Jackie Baillie MSP, said: “This seems like a staggering amount of taxpayer’s money to be forking out on taxis.

“Significant savings could be made if alternative methods of transport were used.”

“Therefore they endeavour to provide children in care the same opportunities as every other child.

“Obviously this costs, but councils are committed to doing their best for the children in their care,” he added.

Last month is was revealed that Scottish councils had spent £70million sending kids to school in taxis over the last three years.

Matthew Elliott, chief executive of the TaxPayers’ Alliance, said: “This is an incredible amount of money to be spent on taxis at a time when local authorities have to do more to save money.”