A MAN who died following a road traffic accident in Fife on Friday morning has been named by police.

The family of Alex Muirhead, 55, from Inverkeithing today paid tribute him.

His wife, Cathi, said: “Alex was a devoted father to Lee and Greg and dearly loved husband to me. He was also a loving son to Betty and brother to Sharon. 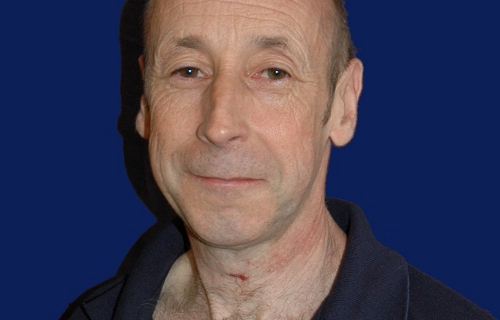 “Over the past couple of years Alex had been heavily involved with the local Air Training Cadets and its extended family.

“He will be missed by his workmates at Havelock Europa in Kirkcaldy.

“Our thought and prayers go out to the family of the passenger who had been traveling to work with him and stayed with Alex until he was airlifted to Edinburgh Royal Infirmary.

“Words cannot explain the thanks Alex’s family would like to say to the various staff at the hospital and police who looked after him and the family.”