The 29-year-old was found not guilty of making a fraudulent £100,000 insurance claim after a crash involving his Ferrari supercar in April last year.

O’Connor had gone on trial accused of falsely claiming to be in the driver’s seat at the time of the accident in Gullane, East Lothian, when in fact a friend was behind the wheel. 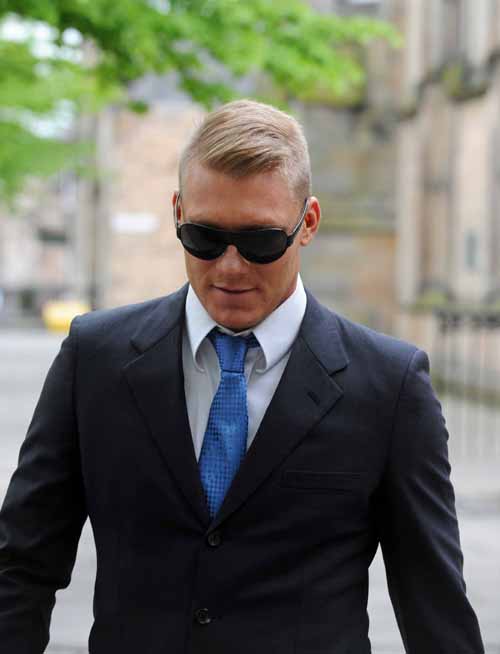 O’Conner was free to walk from court

But the prosecutor at Haddington Sheriff Court today told O’Connor she would not be leading any further evidence.

Sheriff Peter Braid told the star he was not guilty and free to go. The entire proceedings took barely a minute-and-a-half.

A Crown Office spokeswoman today confirmed the case had been dropped because of “insufficient evidence”.

It was badly-needed good news for O’Connor who was last week convicted of possessing cocaine and obstructing police.

O’Connor today was on trial facing a charge of attempting to defraud Aviva insurance out of £93,000 over the crash of his F430 Spider F1.

Fiscal Alison Innes, told the court: “I do not intend to give any further evidence on these circumstances”.

Sheriff Braid then told O’Connor: “You have been found not guilty. You are free to leave the court.”

O’Connor showed no emotion as the verdict was read out and quickly left the court.

The footballer, who was dressed in a grey suit with big dark sunglasses, declined to comment outside court but did stop to sign an autograph for a Hearts supporter.

Ironically, the supporter shared a nickname with the car at the centre of the case: “Spider.” 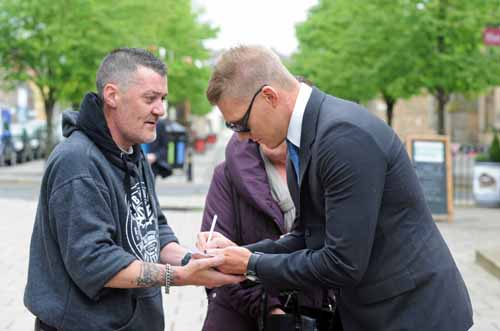 Spider, whose real name is Paul McEwan, 38, wanted the autograph for his Hibs-supporting nephew.

He then enjoyed a cup of coffee in a nearby cafe and appeared to be “deep in conversation”, according to an eye witness.

After leaving the café, O’Connor was asked whether he had struck up a deal in order to have the charges dropped.

His defence lawyer Liam O’Donnell stepped in to say: “We will be releasing a statement later on.”

When asked whether he was happy with the verdict, O’Connor began to answer, but was interrupted by Mr O’Donnell who said: “That is the matter done.”

O’Connor was smirking as he screeched away in his matt grey BMW X5, which has blacked out windows and black alloys.

O’Connor was first charged with insurance fraud earlier this year.

Prosecutors said a friend of his, Darren Brock, caused the damage after driving into a railway bridge.

O’Connor was said to have told an Aviva insurance representative he was driving the Ferrari on 30 April last year.

At an earlier hearing, Margaret Moore, a claims advisor with Aviva, said O’Connor had called the company and told them he had struck a deer.

She said: “When I put Mr O’Connor on hold just to verify with my manager we noticed that Mr O’Connor was quite young and was driving a Ferrari.

“We just Googled him and some things came to light that made us aware that we might have to treat the claim [differently].

“As it was a high level vehicle we would have to put it through to our technical team anyway, especially after some of the things we had seen on Google.”

Police interviewed O’Connor after the car was found abandoned near his estate in Dirleton, East Lothian on 14 April.

But most of the answers he gave were “no comment,” the trial was told. 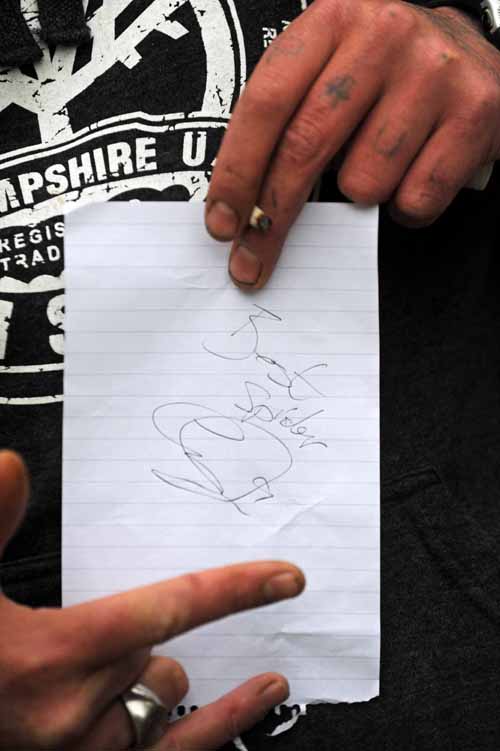 Asked for comment on the sheriff’s decision, a Crown Office spokeswoman said: “It is the duty of the Crown to keep cases under review.

“After full and careful consideration of the evidence led in this case, it was determined that there was now insufficient evidence to prove the offence beyond reasonable doubt.

“The Crown has therefore intimated to the court that this case is withdrawn.”

Last month, O’Connor was convicted of obstructing police and possessing cocaine at a separate trial at Edinburgh sheriff court.

During the trial, a police officer said he had misspelled a false name he gave her when she was speaking to him in the back of a Land Rover in Edinburgh city centre.

PC Katherine Eager said the former Hibs player gave the name “Johnston”, but spelled out “J…O…S” before running off.

He is due to be sentenced later this month.