The Scottish Government’s Veterans Minister was speaking as he prepared to travel to the Islands in the South Atlantic and take part in memorial services, organised by the Falkland Island Government, to mark 30 years since the liberation of the Falklands from Argentine forces.

Mr Brown, who served with the 45 Commando during the conflict, will visit several key sites in the battle for the islands, and officially represent Scotland’s veterans, during the Liberation Day (14 June) events taking place. 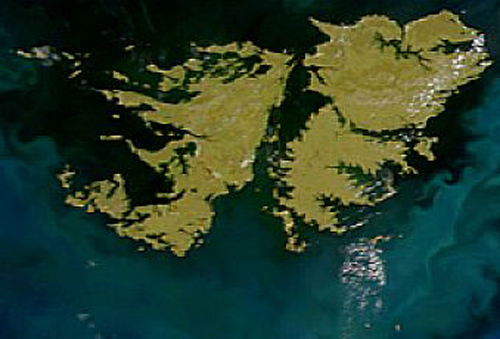 Mr Brown is in the Falkland islands

Mr Brown said:“Many brave Scots were part of the taskforce that set sail to liberate the Falkland Isles, as were the service personnel from other parts of the UK who were based in, and who travelled from, Scotland.

“I was able to witness the tremendous courage, in the face of great danger and huge logistical challenges that the men and women of the armed forces displayed to repel the Argentine invasion.

“Travelling to the Falklands 30 years on will mean I can thank on behalf of Scotland all those who sacrificed so much, and showed such dedication and determination to repel the invasion.

“I will be able to pay particular tribute to all those Scots, and others who travelled from Scotland, as well as those who were part of the Task Force who have since made their home in Scotland.

“While the Falklands conflict was three decades ago, this anniversary should be a reminder of the first class job that the Armed Forces did then, and continue to do now on our behalf, and the debt we owe them.”