Sainsbury’s, Marks & Spencer and The Co-Op say they will not buy the fish while its environmental certification has been suspended.

The suspension follows a dispute with Iceland and Faroe Islands who breached mackerel fishing quotas in the northeast Atlantic. Overfishing by the two countries meant quotas were exceeded by 25% in the past two years. 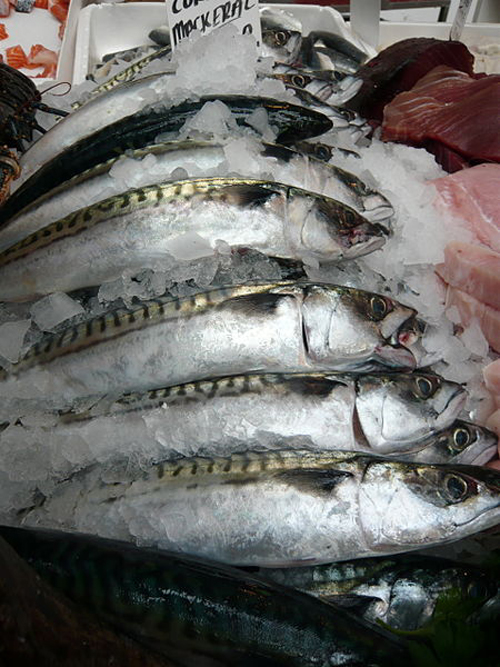 Mackerel fishing is worth £160million a year to the Scottish economy.

As a result the Marine Stewardship Council (MSC) which certifies that fishing is sustainable, suspended certification of the entire mackerel fishery.

By far the country’s most valuable catch, Scottish fisherman landed around 146,000 tonnes of Mackerel, worth £163million, last year.

The industry is worth £160million a year to Scotland’s economy.

A spokeswoman for Sainsbury’s said: “In light of the MSC’s decision to remove certification, and in line with our own sustainable sourcing policies, we have taken the decision to stop sourcing from the affected fisheries pending an agreement between the parties involved.”

Marks & Spencer said it would not buy Scottish mackerel unless it was certified by the MSC.

A spokeswoman added: “Ensuring all of the fish we sell is from sustainable sources is at the heart of our business.”

The Co-Op said it was “working with our suppliers to find alternative sources.”

Tesco, Aldi, Waitrose and Morrisons said they had no plans to stop selling Scottish mackerel.

She said: “Many will feel caught between wanting to do the right thing in terms of sustainability and supporting the Scottish fishing fleet, which has done nothing wrong.”

She said the Scottish Government had a “woeful” lack of engagement with supermarkets and called on ministers to “urgently” engage with retailers in Scotland to make sure consumers and the mackerel fishing fleet can come through this difficult time as painlessly as possible.”

Fisheries Secretary, Richard Lochhead, said he did not need a lecture on how to talk to supermarkets.

He said: “I have personally raised my concerns over their sourcing of seafood on many occasions.

“Scotland’s priority is to have an international deal in place between all parties that protects the sustainability of the mackerel stock – but not at any price.”

Ian Gatt, the chief executive of the Scottish Pelagic Fishermen’s Association, said it would be unfair to penalise Scottish fishing boats for a problem they did not cause.

“The stocks are still high enough for supermarkets to put Scottish mackerel on their shelves.”