HOLLYWOOD starlet Kelly Macdonald may be used to glamorous film sets and A-list treatment but the Trainspotting star has revealed she has a soft spot for Glasgow’s most famous drunk.

The Scottish star of new Pixar film Brave said spotting Rab C Nesbitt at her local supermarket as a youngster was a “thrilling” experience.

Macdonald, who still lives in her hometown of Glasgow, also said she believes she was destined to work in Hollywood. 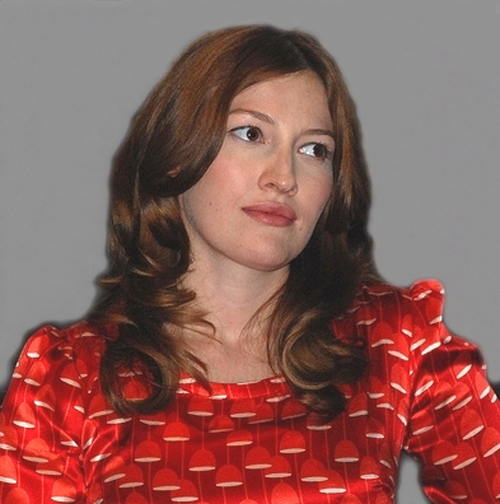 In a magazine interview, the 36-year-old said that spotting Rab C. Nesbitt actor Gregor Fisher in Asda before she was famous was an exciting moment for the young aspiring actress.

She said: “There was nobody in my family who knew anything about the film industry. I’m from the West of Scotland. It’s not exactly a mecca for filmmaking. I think I saw Rab C. Nesbitt in Asda once, but that was about it, and that was thrilling.”

Macdonald said she found it surprising that fame means she is now the one stopped in shops.

She said: “Yes. I’ve basically become Rab C Nesbitt. But its Waitrose not Asda,” she joked.

The actress, who is married to Travis bassist Dougie Payne, said winning the role as schoolgirl Diane in Trainspotting was a life-changing moment.

“It was all so new and thrilling. I mean, I was someone who got excited seeing Gregor Fisher in the supermarket. And suddenly I was in a room with the guy from Shallow Grave. I thought I would go for the audition and it would be good practice for what to expect from a drama-school audition. Then I kept getting called back

“Well, drama school was out of the window.”

The actress, who went on to star in Gosford Park and No Country for Old Men, said she believes she still would have carved a career in acting without Trainspotting.

She said: “I think it was my destiny, I really do.

“I can’t imagine not doing this. And it happened. I’m living it. I feel I would have made it happen somehow.”