TRAVEL presenter Michael Palin has revealed he considers the West Coast of Scotland to be the most beautiful place in the world.

Despite spending 25-years exploring every corner of the globe, from the North and South Pole to the Sahara and Himalayas, the former Monty Python star says Scotland is his Holy Grail.

He said the remoteness of the Scottish countryside and its “breathtaking” beauty were two of the reasons the West Coast was his top pick. 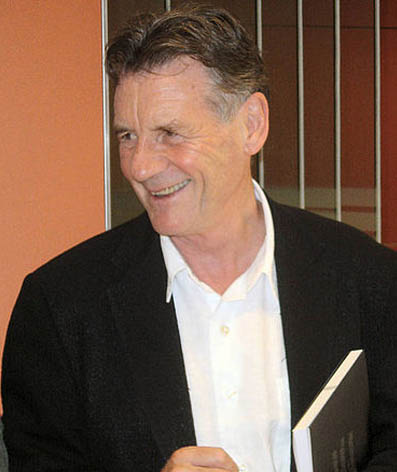 Palin is a world traveller.

The 69-year-old, who currently presenting a BBC Series on Brazil, says he has a long-running love affair with Caledonia- which began in his Python days.

He said: “Our director was a guy called Ian MacNaughton, who came from Helenburgh.

“He was always trying to persuade us to do some filming in Scotland we finally agreed and went up to Glen Coe. I quickly fell in love with the magnificent landscape. We used to jump on the sleeper from London and get off at the tiny station in Bridge or Orchy.

“I loved the contract of getting on the train in a grey, noisy city and getting off in utter tranquillity with the Rannoch Moor opening up in front of you.

“It’s an area I’ve returned to time and time again and its my favourite part of the world.

“There are peaks I’ve climbed many times with my son, Tom. I’ve had some great nights in the Kings House Hotel as well.

“In recent years I’ve travelled to places such as Iona and I have found that breathtaking as well.

“I love talking to people and getting to know them but I am not a fan of big crowds.

“I think that’s why I like the remoteness of Scotland so much. There are beautiful landscapes such as the Himalayas but they’re inaccessible.

In Scotland you can jump on a train and be in the middle of nowhere in a couple of hours,” he added.

Mike Cantlay, Chairman for VisitScotland, said: “This is a glowing endorsement from Michael Palin, a man who has explored every corner of the globe, and it is a testament to the enduring appeal of Scotland.

“From crystal white sands of Iona to the stunning Glen Coe, we’re blessed with some of the world’s most magical landscapes.”