A FORMER Scotland rugby international won a £10,000 car – by correctly guessing where a goat would poo.

Grant Mckelvey, who played at Murrayfield against South Africa in 1997, got top prize in the bizarre charity competition at Haddington Rugby Club, East Lothian.

The pitch was divided into 2m by 2m squares and competitors paid a £20 entry fee before guessing where Dylan the goat (below) would “perform”. 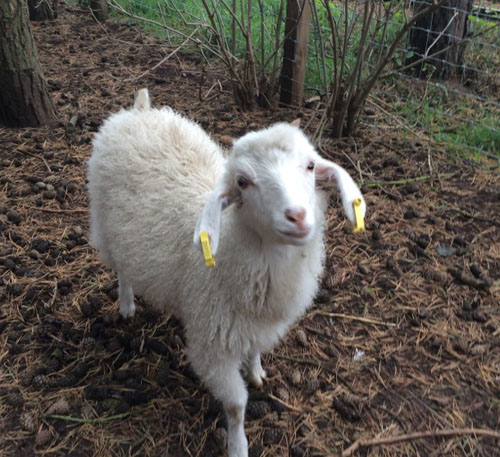 To avoid disputes over the winner, Dylan was followed about by an adjudicator and the result confirmed Global Positioning System (GPS).

After a tense, 20-minute wait, Dylan did his business and a delighted Grant was informed by phone that he was the proud owner of a brand new Vauxhall Corsa.

He explained: “They put the goat on the pitch and the adjudicator followed it about until it had a dump.

“They used GPS to determine the co-ordinates.”

“When I got the call I thought they were having a laugh. It’s a fantastic win, I’m delighted.”

Farm manager Grant Bell said Dylan did not need any special training or diet before the big day on Saturday.

Grant, 50, said: “He was only doing what comes naturally. He obviously wasn’t nervous. He treated it like a  holiday.

“He was probably getting lots of snacks from passers-by.”

“He’s mischievous. He jumps out of pens and chews people’s prams.”

The club’s official emblem is a goat.

Club vice president Keith Wallace acted as adjudicator, following Dylan at a safe distance until the deed was done.

The club bought the first prize – a 1 litre red Vauxhall Corsa Sting – from a local dealer at cost price, meaning they made a profit on ticket sales.