A HILARIOUS website has been set up to celebrate the battered, tattered and shattered vehicles used by many residents of the Highlands and islands. 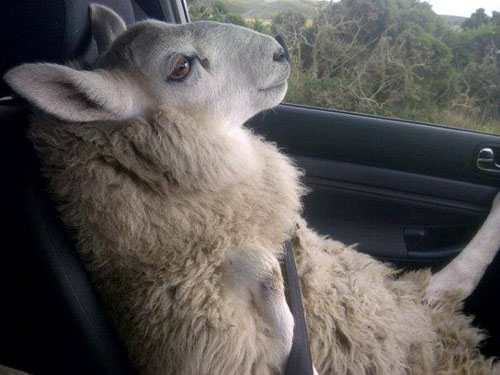 For the benefit of townies, the Facebook page defines a Teuchter Wagon as a vehicle used to transport “sheep, sh**e, or Teuchters”.

A special TW sticker is even available to buy to slap on the back of a rusty wreck.

One of the pictures shows a “Highland car stereo” – a man playing a piano on the back of a trailer. 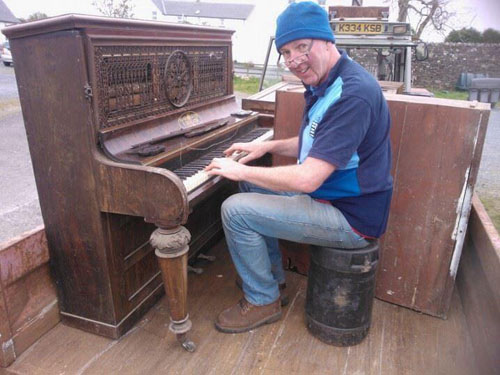 Vehicles – many with number plates dating from the 1980s – are pictured transporting livestock on the back seats or carrying improbably huge loads on improvised roofracks. 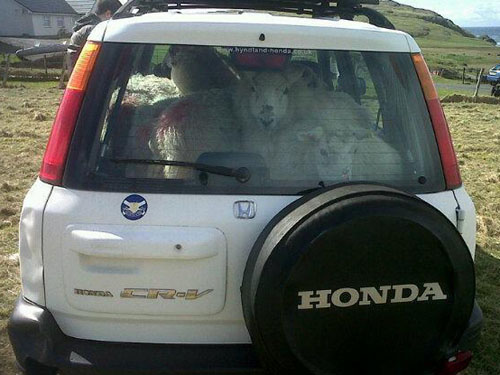 In one case, the proud owner of a Teuchter Wagon shows off the bathroom-style wooden lock he has improvised on the outside of the front driver’s-side door. 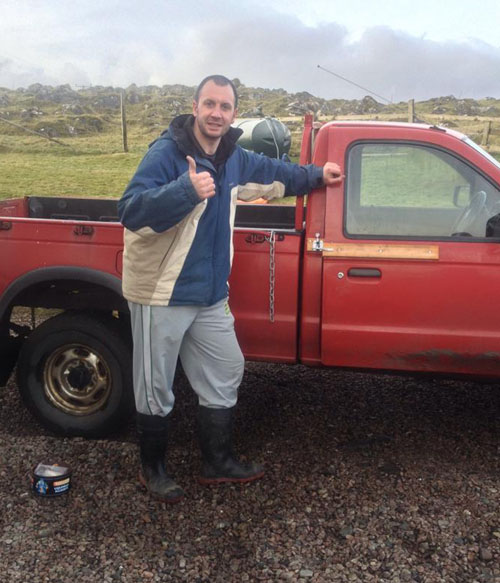 Before and after pictures show a handed painted “Police Car” stranded on an Isle of Lewis beach – and then its charred remains after it “caught fire”. 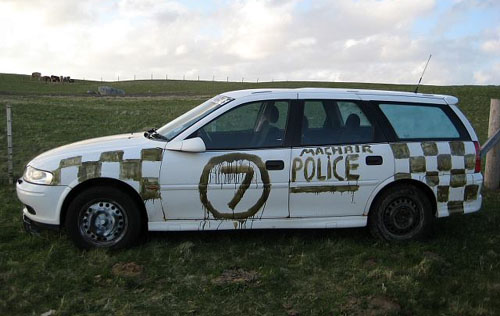 And a “vintage” photo of old cars at Knoydart Peninsula got a nostalgic comment saying “We used to float them out on 10-gallon drums and sink them.”

Fans can buy TW stickers for £1.50 with the proceeds going to the National Centre of Excellence in Traditional Music in the picturesque Highland village of Plockton.

Ruairidh Macrae, 34, a marine engineer who grew up in Lochcarron, started the web page with pals David Maclean and Ruaridh Phillips.

It has already made over £200 for the school.

He said: “The inspiration was my father’s old Vauxhall Brava. When I moved to Glasgow it was like the Beverley Hillbillies coming down the road. We had sofas, a king size bed and a wardrobe all held onto the back with twine.

“It’s a little thing that Highlanders like to do – keep an old wreck around the place.

“We thought we had better do this before these cars disappear. Also, we wanted to

support the traditional music school. We want to keep the Highland tradition alive. 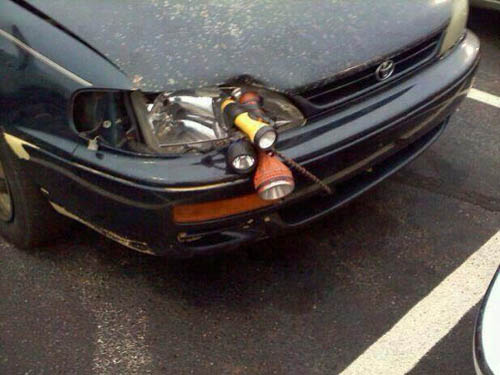 example of how we are supported by the community. People come and knock on the

door and say “here’s a cheque for you, big man.”