POLICE SCOTLAND seized £50,000 worth of drugs from two properties in Dumfries.

Three people, a 27 year-old woman and two males aged 21 and 20 years-old, were arrested in connection with the recoveries. 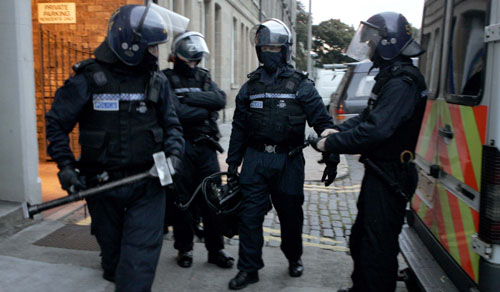 The heroin recovery worth nearly £38,000 was made at a house in Cairn Avenue in the town on Monday 10 November. A 27 year old woman was arrested and appeared at Dumfries Sheriff Court on Tuesday 11 November in connection with the seizure.

The second search was at a property on Queen Street, on Tuesday 11 November, where a quantity of cannabis and a cannabis cultivation of 20 cannabis plants were recovered.

Police said the street value of the drugs seized is in excess of £12,000. Two men, a 21 year-old and a 20 year-old are being reported to the Procurator Fiscal in connection with this seizure.

Inspector Stuart Wilson of the Community Policing Unit said: “These seizures show clearly that people are actively involved in the supply of large quantities for illegal drugs in Dumfries.

“Officers in Police Scotland are committed to our aim of Keeping People Safe and to that end we will work tirelessly in the battle against illegal drugs in our communities.

“We cannot do this alone however and we rely heavily on a good working partnership with our communities.

Detective Sergeant Hugh McCombe said “Police Scotland will actively target drug dealers and the valuable information and intelligence supplied by concerned parents, neighbours and many members of the public is invaluable in this fight.

“From this information we are able to build an intelligence picture which gives us the opportunity to target and take illegal drugs off the street, and out of harms way, whilst bringing to the courts those involved in this trade.”