To mark the start of the new law on same sex marriage 10,000 copies of a guide book explaining details of equal marriage law have been published by the Scottish Equality Network.

Guide explains LGBTI ( lesbian, gay, bisexual, transgender and intersex) people’s rights when it comes to marriage, including the obligations of wedding service-providers to serve same-sex couples, and will help prevent same-sex couples being wrongfully discriminated against. 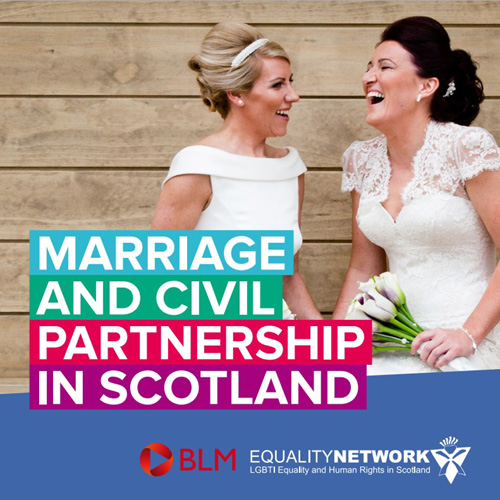 Nicola Sturgeon, Scotland’s First Minister, who was instrumental in delivering equal marriage in Scotland has provided a special foreword to the guide emphasising the Scottish Government’s pride in the new law and its wider commitment to LGBTI equality and human rights.

In her foreword the First Minister refers to Scotland’s equal marriage law as one of the most progressive in the world, and says; “2014 was a momentous year for equality in Scotland. The Marriage and Civil Partnership (Scotland) Act 2014 passed with an overwhelming majority in the Scottish Parliament in February, and I am delighted that the first same-sex marriages will happen this year.

“As a Government, we are proud to have introduced one of the most progressive equal marriage laws in the world.

“The Scottish Government first consulted on allowing same-sex marriage in 2011. I am personally proud of my involvement, when Cabinet Secretary for Health and Wellbeing, in leading this consultation which started the journey to marriage equality in Scotland. 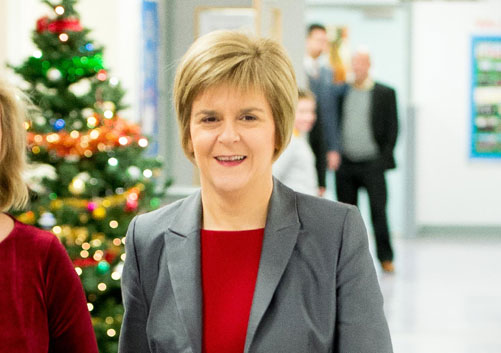 “I believe that the love between a couple, regardless of their gender, sexuality, belief or background, is powerful and should be valued and recognised.

“This legislation sends a powerful message to the world about the kind of Scotland we seek to create and it is a clear indication of the Scottish Government’s commitment to equality. I wish all the very best to those couples who will now be able to enter into marriage.”

Tom French, Policy and Public Affairs Coordinator for the Equality Network, said; “While the law to allow same-sex marriage has now come into effect we know that many same-sex couples are still unsure how to make use of it, and whether they are entitled to the same rights and responsibilities as those in mixed-sex marriages.

This guide to the new legislation will help ensure that LGBTI people know their rights and understand what this change in the law means for their individual circumstances.

Under the Equality Act 2010 and the Marriage and Civil Partnership (Scotland) Act 2014 it is against the law for service providers in Scotland to discriminate against LGBT people or refuse to provide an equal service for same-sex marriages and civil partnerships as they would for mixed-sex marriages.

It is also unlawful for local authority civil registration services to refuse to conduct same-sex marriages and civil partnerships, though religious and belief bodies can choose whether or not they voluntarily opt-in to conducting same-sex marriages.