SCOTLAND’S saddest pooch – a staffie called Ugly Betty – is facing her fourth Christmas behind bars at an animal rescue centre.

The five-year-old’s miserable face and nervous behaviour mean she has not even come close to being rehomed since arriving as a stray in July 2011.

While hundreds of other dogs have found new homes at Edinburgh Dog and Cat Home (EDCH) since she arrived, Ugly Betty could be facing the rest of her life there. 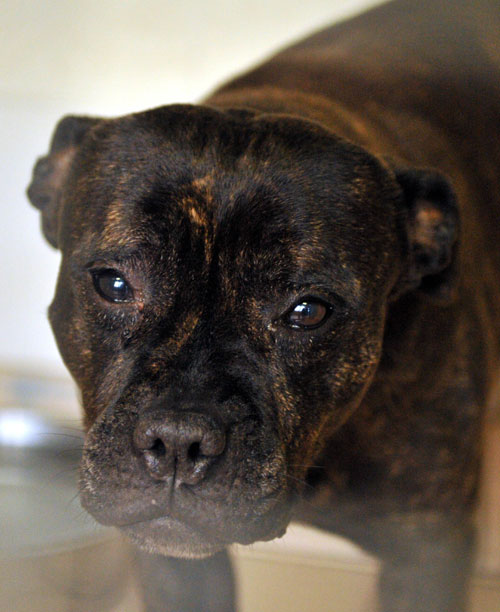 Staff are appealing for a dedicated and patient dog lover to give Betty a home, saying she will make a devoted pet if matched with an owner she can trust.

Hundreds of animal lovers visit EDCH every week looking for a pet.

Betty is so terrified she hides at the back of her kennel or snarls as they go by. 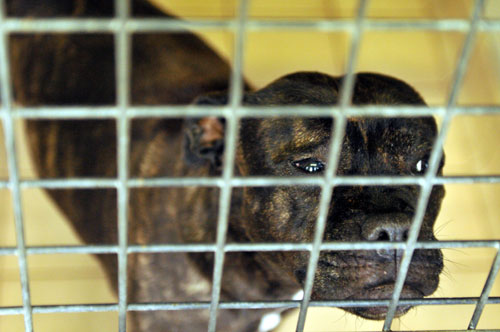 Manager David Ewing said: “No-one’s ever bothered to give her a second look. We try to point her out to people.

“She’s a lovely dog but she has real trust issues. She needs someone with infinite amounts of patience. It’s all about building that trust. ”

Ugly Betty was first picked up as a stray by police in East Lothian in July 2011. 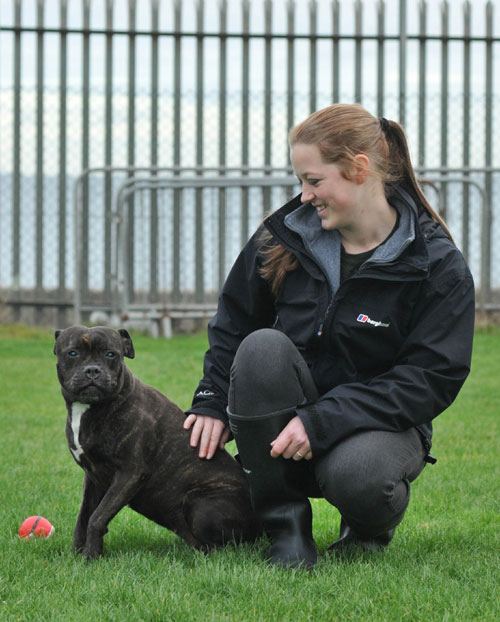 Kennel assistant Melissa Settle, 26, said: “It’s difficult to say what she’s most afraid of. She’s afraid of everything. The silliest thing she was afraid of was a patch of long grass in the field here. I eventually managed to get her into it and to get her to enjoy it.

“That’s when I saw the dog she could really be.

“She wags her tail at you though, and will approach you. She’ll jump up on my knee and give me kisses. Then it’s like she thinks “I’m not supposed to do that” and makes a wee snarly face and gets off.

“I think she’s had a really bad past. I don’t know, maybe she’s been swung about by a lead around her neck. She is one of the most nervous dogs I’ve ever worked with. I love her to bits. I feel really, really awful for her.”
Manager David Ewing said: “She is like so many of our Staffie type dogs – they do have an image problem. It’s our Christmas wish that some of these dogs get away. 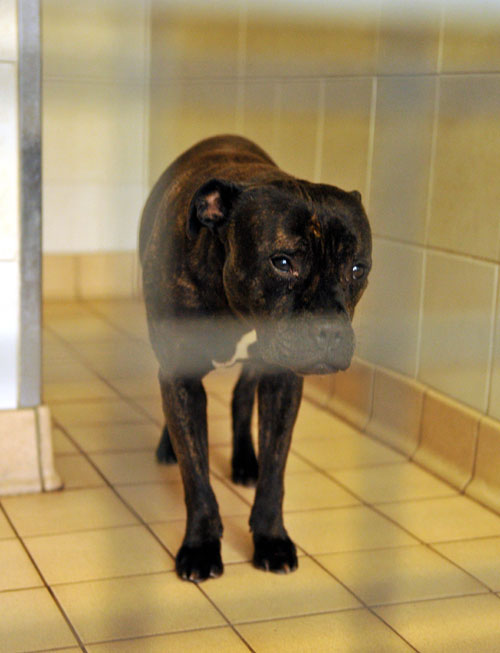 It would be wonderful if someone was prepared to come down and get to know her. It will take work, but they will have a lot of support from us.”
Over twelve thousand dogs were lost or abandoned in Scotland in the last four years.

Although EDCH has a non-kill policy, data obtained under Freedom of Information Act laws this year showed that 1 in 9 dogs not claimed by owners were put down by councils.