Will Copestake is kayaking 8,500 miles from home in southern Chile amid one of the biggest ice sheets in the world.

And brave Will, from Ullapool, showed how he’s getting in the Christmas spirit by stripping off, donning a Santa hat, and leaping into the freezing seas just yards from a glacier. 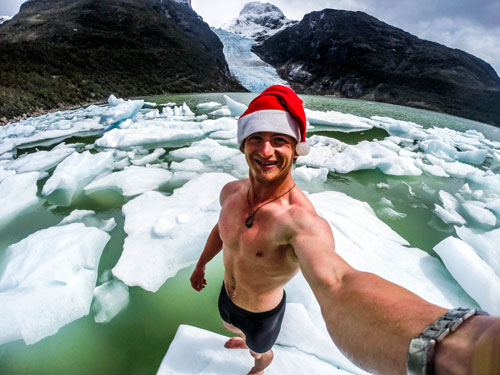 Even though it is summer in the southern hemisphere, temperatures in southern Patagonia dip to just above freezing and the wind is currently blasting at 50mph.

But it’s worth it for Will to be among some of the most stunning mountain and coastal scenery in the world. 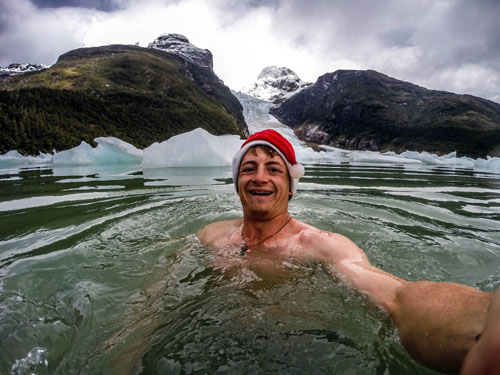 The former Stirling University student is currently acting as a kayak guide, steering fellow adventurers in the Torres del Paine national park between icebergs that tower over the fragile boats. 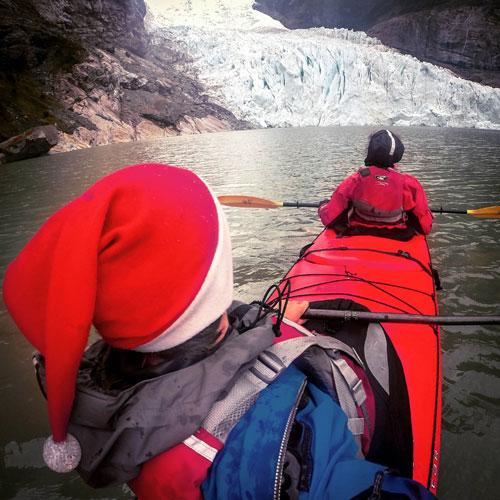 Earlier this year, Mr Copestake completed a mammoth nine-month adventure in his homeland by climbing all 282 Munros and kayaking solo around the entire Scottish coastline.

The adventurer and photographer is already planning “immense” post-Christmas adventures in South America. 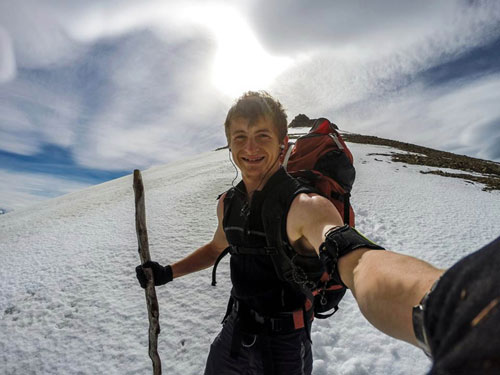 He said: “I’m hoping to buy a bicycle and cycle into Bolivia on a budget of £200.

“I will see how it turns out. Let’s hope the next story isn’t “snowman dead in desert”. 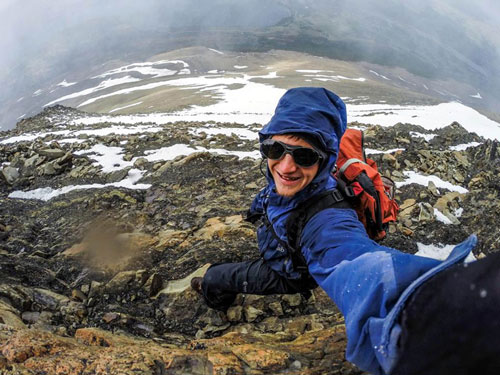